A Microbial Biorealm page on the genus Pelagibacter ubique 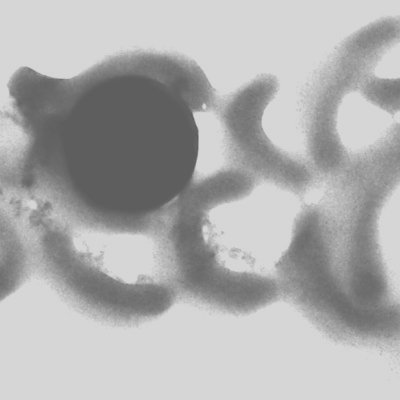 Pelagibacter ubique, strain HTCC1062, is significantly known to be one of smallest and simplest, self-replicating, and free living cell. It is part of the SAR11 clade, which are small, heterotrophic alphaproteobacteria, equaling to ~25% of all microbial plankton cells. During the summer time, it can increase to ~50% of the cells in the temperate ocean (12). P. ubique has a coastal, ocean surface ecotype (6), living in a low nutrient habitat. As the first cultivated member of SAR11 clade (the most successful clade of organisms), P. ubique is completely sequenced and has the smallest genome (1,308,759 bp) for any free living organism, as well as the smallest number of predicted open reading frames (ORF) (3). Differing from bacteria and archaea, which have small genomes as well, P. ubique has complete biosynthetic pathways for all 20 amino acids and all but a few cofactors. Also, it has no pseudogenes, introns, transposons, extrachromosomal elements, or inteins (9). In other words, P. ubique has no duplicate gene copies, no viral genes, and no junk DNA (14). The genome is about the size of intracellular parasites R. conorii and W. pipientis, however, its metabolic features are very simple (10). With a shorter DNA length to be copied for each generation, then the less work is to be done (14). Although there are numerous P. ubique microbes present in the ocean, mutation has not been a problem, mostly due to the fact that it is self-sufficient. Ongoing research is occurring to explain this phenomenon.

With a small genome size of 1,308,759 base pairs, whose DNA is completely sequenced, the “simplicity” of the P. ubique is more understood. It is a simple microbe, and with a refined understanding, we can identify what is needed for self cellular replication. (8)

P. ubique was first isolated in 2002 from the Sargasso Sea, from which SAR11 obtained its name, and the Oregon coastal surface waters, by a team from Oregon State University. The first cultivated strains of P. ubique were by high throughput dilution-to-extinction culturing (HTC), using a natural seawater media for dilution. The cultures were regularly reproduced in autoclaved seawater, where they reached their typical cell densities as in their natural populations, which is about 10^6 cells/ml (12). In collaboration with Diversa Corporation, liquid chromatography and tandem mass spectrometry was used to find proteorhodopsin genes were present in the culture (12), from which the genes were abundant in the Oregon coast. The proteorhodopsin genes are light dependent proton pumps, supplying energy for microbial metabolism (6). 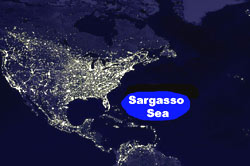 The genome of P. ubique has 1,308,759 bp, constituting 30% of the cell volume (9), and is completely sequenced. It encodes the smallest number of predicted open reading frames (3) and has complete biosynthetic pathways for all 20 amino acids and all but a few cofactors. With a small genome size, almost all the basic functions are encoded, which is attributed to the absence of nonfunctional or repeating DNA. There has been no evidence of DNA originating from any gene transfers. (9) Although the number of P. ubique is vast in the ocean and there are many opportunities for random mutations, the microbe has been able to streamline its genes - simplify and organize its genes to be self-sufficient (14).

The pattern of genome reduction observed is adherent with the hypothesis of genome streamlining, from a large population which originates in a low nutrient environment. This simply suggests that P. ubique is one of the most abundant organisms in the ocean because of its simple life form. (3)

Proteorhodopsins, which was active in the ocean, have been found to be first expressed in the SAR11 strain HTCC1062 – P. ubique, when cultured in both autoclaved seawater and in its natural environment. Proteorhodopsins are light dependent proton pumps which give energy for microbial metabolism. Some structural features of P. ubique proteorhodopsin genes had an affect on its absorbance. At position 105, if a leucine residue is present, then green light is absorbed, which is common of the shallow water proteorhodopsins. However, from the proteorhodopsin genes taken from the Sargasso Sea, glutamine residues were located at position 105, therefore, absorbing blue light. Through research, the gene is still expressed when cells are grown in both light and dark environments, showing not difference in growth rates or cell yields. (6)

P. ubique is rod or crescent shaped, with a length of 0.37-0.89 μm and an average cell diameter of 0.12-0.20 μm (8). The size range is due to natural variation associated with cell division. Also, the cells were measured after fixation in glutaraldehyde, which may have decreased the size. An average cell size after cell division is about 0.4 × 0.2μm^2, with the cell volume of 0.01 μm^3. (8)

It is stated many times that P. ubique is one of the most abundant and smallest organisms in the ocean. This is true because the combined weight of the SAR11 clade outweighs the total weight of all the fish present in the sea. (1, 3)

P. ubique is a self-sufficient organism. It is a small microbe, consisting of only 1,354 genes, which encodes for the bare essentials for life (14), compared to the 30,000 human genes. It gains energy from consuming dead organic carbon in its natural habitat, which is a low nutrient environment. From this process, the microbe releases nutrients needed by the ocean algae to convert carbon dioxide into oxygen, which is a photosynthetic process. Because nitrogen, which is a difficult element to attain, P. ubique favors base pairing, which requires less nitrogen.

P. ubique is an efficient microbe. It is a heterotrophic alphaproteobacteria, and therefore is dependent on organic matter. It consumes the dead organic matter which is dissolved in the ocean water. Because the ocean is a vast area, there is no drawback of overabundance or under abundance; therefore, there is no need for a special metabolic cycle. Furthermore, adding nutrients to the ocean would not affect the microbe’s feeding tendencies. By feeding off the dissolved organic carbon, P. ubique produced nutrients needed by the algae to grow, from which the algae is needed to convert carbon dioxide to oxygen. It is known that ocean algae are credited for most of photosynthetic oxygen. (1)

P. ubique has a completely coded genome, which does not consist of any junk DNA, duplicate entries, or viral genes (1). It is one of the simplest microbes found in the ocean, which simply eats to survive. As stated in the Ecology section, it feeds off dead organic matter and even uses base pairing to use less nitrogen. Therefore, currently, there is no research stating this organism causes or contributes to any disease.

P. ubique produces nutrients which are essential for the growth of ocean algae, by feeding off of dead organic carbon. In turn, the ocean algae convert carbon dioxide to oxygen by photosynthesis. Oxygen is necessary for most life forms on Earth to exist, and since algae constitutes more than half of the oxygen produced, P. ubique plays a crucial part in the production of oxygen.

Dr. Stephen Giovannoni, from Oregon State University, is head of a lab which cultured SAR11, that was renamed P. ubique. On-going experiements are trying to understand how SAR 11 contributes to geochemical cycles and the basic architecture of cells and genomes. Currently, they are understanding the role of the proterohodopsin gene as part of the metabolism of P. ubique. (4)

Craig Venter, a bio-entrepreneur, is attempting to create an artificial version of P. ubique with about 300 genes. His purpose is to discover how few genes are needed for a living organism to survive. (14)

There is current research to predict the organic carbon sources used by P. ubique by metabolic reconstruction. Also, the proteome state of the microbe is studied, to be used as a means of finding information of the biological state of the system. (3)

In the Spring of 2007, Ulrich Sting, Harry James Tripp and Stephen Giovannoni, of Oregon State University, published a journal article in The ISME Journal, entitled Improvements of high-throughput culturing yielded novel SAR 11 strains and other abundant marine bacteria from the Oregon coast and the Bermuda Atlantic Time Series study site. In their research, they improved the high-throughput dilution-to-extinction culturing (HTC), leading to the isolation of 17 new SAR11 strains from the Oregon coast and the Sargasso Sea. Sterilized natural sea water was used as a medium. With phylogenetic analysis of the internal transcribed spacer (ITS) region, the new strains found in the Oregon coast were divided into three subclusters of SAR11, while the strains from the Sargasso Sea represented one ITS cluster. Using a PCR assay, proteorhodopsin (PR) was present in all the strains. By analyzing the PR amino acid sequences of the isolates, those from the Oregon coast were tuned to either blue or green light and those from the Sargasso Sea were tuned to only blue light. However, the phylogenies of the strains, according to the ITS and PR, did not correlate, therefore indicating some kind of lateral gene transfer. The new information about the SAR11 clade could possibly lead to more information of P. ubique and its minimal macromolecular machinery needed for self-replication. (15)

In 2007, a group of biologists contributed to an article in Environmental Microbiology, entitled High intraspecific recombination rate in a native population of Candidatus Pelagibacter ubique (SAR 11). The groups studied the recombination, which is an important progression in microbial evolution. Having low rates of recombination is enough to have lateral gene transfers, which will not disturb the clonal pattern of inheritance for other genes. However, a high rate of recombination can obscure clonal patterns, which can lead to sexually interbreeding eukaryotic populations. In the research, recombination between eight loci from nine strains of Candidatus P. ubique (SAR11), which was isolated from a 2L niskin sample of seawater. Using a test called the Shimodaira-Hasegawa test, it was found that there were phylogenetic differences in seven of the genes, showing that “frequent recombination obscures phylogenetic signals from the linear inheritance of genes in this population.” At this point, the methods of genetic transfer is unknown. However, tests have shown that the recombination rates are higher than the point mutation rates, which is the source of genetic diversity within the SAR11 clade. (16)