Figure 1. Biofilm production by bacteria in soil. Image from springer [1]

This species was initially isolated from rotationally grazed pasture of perennial ryegrass and white clover in Victoria, Australia (1).

Whole genome sequencing found this species to have an exceptionally large genome. Multiple horizontal gene transfer events are hypothesized to account for the magnitude in genome size exhibited by this species and are also thought to contribute towards its ability to persist in an environment and evolve over time. This provides a competitive advantage by enabling this species to exploit various environmental resources(2).

It produces enzymes to breaking down organic carbon available in its environment for metabolism and participates in nitrate and nitrite reduction. This results in this heterogeneous nutrient deposition throughout the soil this species inhabits (3).

This species' growth has been observed microscopically as filamentous in soil, but it forms clusters when grown in liquid culture (4). In nature, this species produces a biofilm made of an organic polysaccharide matrix. This medium resides between soil particles and engages in ion transfer with the environment. Biofilm production by this species acts as an ecosystem engineer in the soil by enabling this species to adhere to its environment while also reducing moisture and nutrient fluxuations in the soil environment under stressful environmental conditions (3). 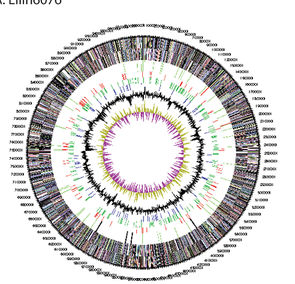 Based on whole genome sequencing, this species was found to have a 9.9 Mb long genome (5), which is about twice the size of other closely related Acidiobacteria found to inhabit soil (3). Horizontal gene transfer is hypothesized to account for how this species acquired its unusual genome size (3), and also implies biological and ecological strains upon the living organism (5). It is theorized that the amount of mobile elements encoded in a genome correlate with the historical frequency of horizontal gene transfer events. This is significant because mobile elements are theorized to contribute toward genome plasticity and evolution over time, which could provide a competitive advantage to this species and enable it to exploit various environmental resources (2).

A large number of genes encoding for carbohydrate transport and metabolism were found. This species has more genes encoding these functions than “the human genome and about three times as many as Saccharomyces cerevisiae (6). These genes were also found to have high sequence similarity with fungal homologs which further suggests an ancestral horizontal gene transfer (3).

Genes encoding for candidate cellulases of glycoside hydrolases were found, which suggests this species is capable of degrading cellulose substrates and implies the genome is also encoded with other enzymes capable of degrading plant compounds (3). Further analysis also suggests this species has the flexibility to metabolize carbon as a mixotroph because it contains genes encoding for carbon monoxide dehydrogenase (7). Since oxidation of carbon monoxide has been prevalently documented among other major groups of soil organisms (7), it is hypothesized that this along with the ability to degrade complex polymers associated with vegetation, occur as a survival mechanism in environments with low carbon concentration (3).

The genetic potential for nitrate and nitrite reductase was observed. This potential is significant because nitrogen is a limiting nutrient in ecosystems. This species ability to reduce nitrates and nitrites leads to heterogeneous deposition and subsequent spatial variability in nutrient concentrations across a landscape. No evidence for nitrogen fixation or denitrification has been demonstrated (3).

While this species is not thought to contain genes for iron permease, which is involved in iron uptake (8), it has sequences with domain structures similar to those used in other species. Gene sequence libraries document the 16S rRNA from iron-rich mine environments to be frequently dominated by Acidobacteria (9, 10, 11). This suggests possible involvement with iron (II) uptake and is hypothesized to be a valuable role in iron redox reactions (3).

This species is a small (3) rod shaped bacterium (1). It is non-motile and free living in aerobic habitats within mesophilic temperatures (1) at a pH in the range of 3.5-6.5 (3). It is chemoorganotrophic; utilizing organic carbon for growth and energy (1). It has a slow metabolism and persists in environments by engaging in biofilm production (3).

This species is equipped with a large number of anion:cation symporters (5), which is thought to be advantageous to organisms living in low nutrient environments (12). When compared to other closely related Acidiobacteria, this species has a 2-4 times as many transporters. It also had a large number of secondary porters to transport various other substrates such as amino acids, metals, fatty acids, proteins, in a carrier-mediated process (3). 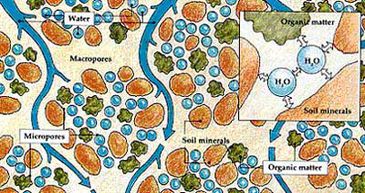 This species exhibits functional diversity dependent upon the environmental conditions. This is hypothesized to aid in a species ability to deal with extreme variation in moisture, temperature, and nutrient availability (2).

Cellulose production exhibited by this species contributes toward biofilm production, which increases its survivability under conditions of environmental stress by aiding in moisture retention and providing soil with aeration (13, 14). This biofilm production also functions to reduce nutrient fluxuations by acting as a medium between the soil particles (15). This is significant because water and nutrients are valuable commodities to understand in light of global warming and environmental change.

Cellulase synthesis has also been suggested to promote the ability of a biofilm to adhere in environments rich with ferric iron based substrates and produce “bioshrouds”, which can be used remedially in sulfide mine tailing environments (16).