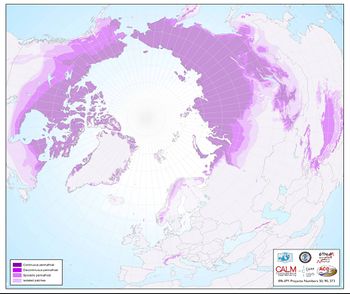 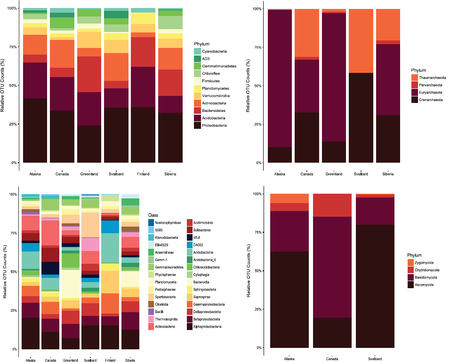 Arctic soils are dominated by Proteobacteria and Acidobacteria. The next most common phyla are Bacteriodetes and Actinobacteria, but the proportion of these two varies by study site.[6] The proportion of cyanobacteria is very low compared to other nutrient-rich soils like molisols due to the much thinner active layer of Arctic soils.
The archaeal phyla are much less consistent, though there are consistently very few members from the Parvarchaeota phylum. Fungal phyla are dominated by Ascomycota and Basidiomycota. [6]