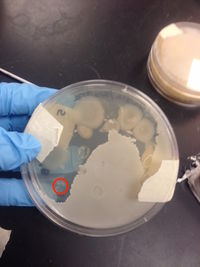 When it comes to Arthrobacter, it's a special cellular shape. Depending on what point you stain the bacteria, you can get either rods, or cocci. In the younger phase, when plated on to fresh media, Arthrobacter tends to be a rod shaped and upon aging tends to morph into it's cocci stage, in which was the stage we were able to observe it under a microscope. It was also gram-positive (but can appear gram-negative in younger stages) and our endospore stain showed that it was a non spore producing bacterium without a capsule.
Arthrobacter is also non-motile and completely susceptible to E. coli and S. aureus, with our plates being overgrown with each bacteria. 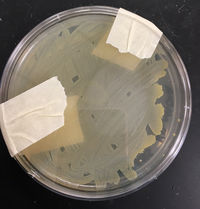 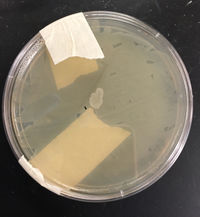