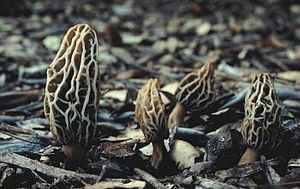 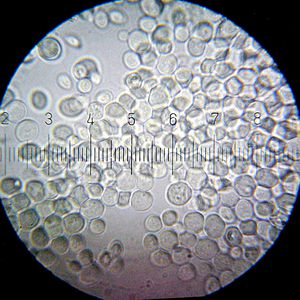 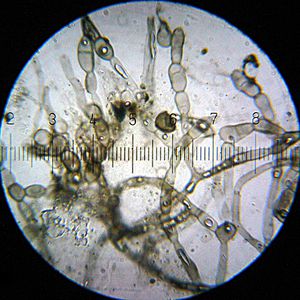 Ascomycota, also known as sac fungi, is a recently discovered class. In fact, it was once classified within Deuromycota. Ascomycota is a sister group to basidomycota. This classification makes up more than 75% of fungi. It is a very general category to describe a wide number of organisms, including yeasts. There are many famous and infamous organisms: Saccharomyces cervisiae (baker's yeast), Penicillium chrysogenum (penicillin), Morchella esculentum (morels), Neurospora crassa ("one-gene-one-enzyme" organism), Aspergillus flavus (aflatoxin), Candid albicans (which causes thrush, diaper rash, and vaginitis), and Cryphonecrita parasitica (a disease affecting chestnut trees). Although morels and truffles (euascomycetes) are found here, mushrooms are rare.

Ascomycota were established during the coal age, over 300 million years ago. Early fossils are not easy to recognize, because these early organisms lacked ascoma. The earliest fossils are in fact controversial because their age of deposition predates estimates of Ascomycota origin.

Some of the most famous Ascomycota are truffles and morels. Morels camouflage easily, with black morels blending into forest landscapes and white morels within more urban locations. In addition, Ascomycota contains fake morels. Within the same order as morels are the cup fungi. Unlike morels however, these fungi often to not have stalks. The Orange Peel Fungus is an example of the cup fungi, as well as its stalked cousin, the Stalked Orange Peel Fungus. Another group is the Flash Fungi, which is known for a species called the Candlesnuff Fungus. 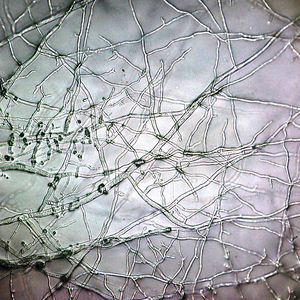 The mycelium—a network of filaments called “hyphae”— is the primary form of a multicellular fungus.  This image is of a mycelium growing in an agar-substitute.  This image covers a one-millimeter square.
Photograph by Bob Blaylock. 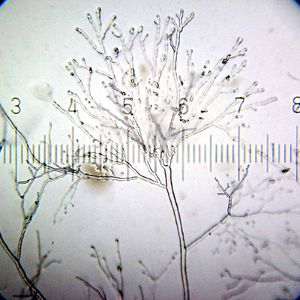 Another mycelium, growing in an agar-substitute.  Numbered ticks are 230 µM apart.
Photograph by Bob Blaylock. 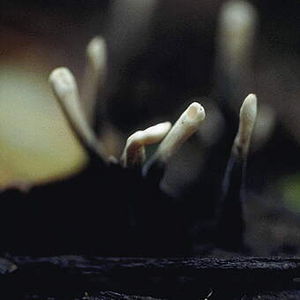 Although certain species live in very specific locations, Ascomycota can be found on all continents. They often form symbiotic relationships with algae, plant roots, and the leaves or stems of plants. However, they do not limit these relationships to plant organisms; they are also known to form them with arthropods. While Ascomycota includes many useful organisms such as fission yeast, baker's yeast, morels, and truffles, it can also account for most animal and plant pathogens. Ascomycota contains the species Magnaporthe grisea, which is considered the most destructive pathogen of rice. Dean et. al. (2005) drafted a sequence of this specie's genome in an attempt to better understand its infectious qualities. Ascomycota play a large role in recycling dead plant material.