Difference between revisions of "Azospirillum lipoferum"

Azospirillum lipoferum, is a free living, gram positive, plant-growth-promoting a-proteobacteria, capable of affecting the growth and yield of numerous plant species, many of agronomic and ecological significance. The leading theory concerning its growth promotion capacity lies in its ability to produce various phytohormones that improve root growth, adsorption of water and minerals that eventually yield larger, and in many cases more productive plants (Dobbelaere et al. 2001)
The organism was first described by Martinus Beijerinck who named it Spirillum lipoferum , in 1925. Later, the classification was revised by Tarrand et al. who renamed it Azospirillum lipoferum which means "small, fat bearing, spiral". 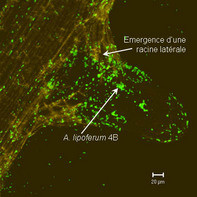 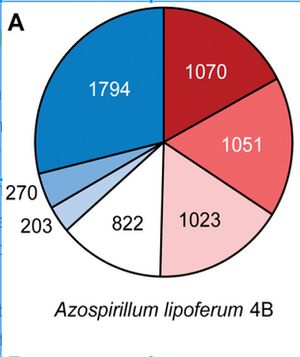 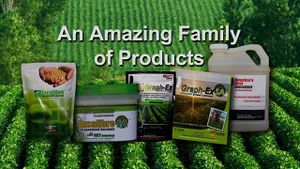 Properly nodulated legumes can leave 50 to 300 pounds unused nitrogen per acre in the soil. The nitrogen provided by inoculated legumes grown in crop rotation help boosts yield and lower fertilizer costs by the biological organism digging in and utilizing this unused nitrogen source, in an environmentally safe and user safe manner. "Inoculating soybeans is a very profitable practice. Although the results have not always been positive, the long-term result is a profit of over 300 percent. For most inoculation products, a yield increase of half a bushel per acre profitable and yield increases of 2 to 7 bu/ac have been common." Dr. Jim Beuerlein Dept. of Horticulture and Crop Science Retired, Ohio State University