Difference between revisions of "Bacteroides fragilis"

Bacteroides fragilis (BF) is a Gram-negative bacterium found in the human colon (1). It is responsible for a large number of opportunistic infections in hospitals and contributes significantly to morbidity and mortality (2). In addition to opportunistic infections, BF has been known to cause complications such as colorectal cancer and cholitis. (3) This bacterium is of interest to researchers because of its ability to evade immune responses and evolving drug resistance. 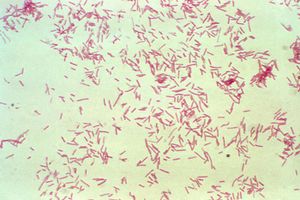