Difference between revisions of "Bioluminescence in Pyrocystis fusiformis and Vibrio harveyi" 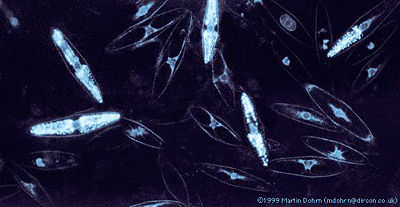 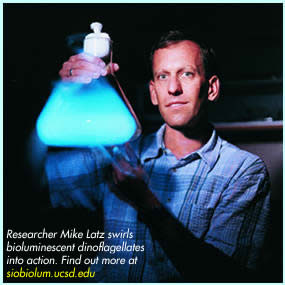 A study by Fleisher and Case (1995) 1 supports the ‘buglar alarm theory’. The study shows that two species of squid (Sepia officinalis and Euprymna scolopes) use P. fusiformis bioluminescence to locate and capture nonluminous prey. Holmesimysis sculpta (mysids), Palaemonetes pugio (grass shrimp), and Gambusia affinis (mosquito fish) prey upon P. fusiformis, and were used as squid prey in the study. The squid prey, P. fusiformis, and the squid were placed in dark tanks. The amount of squid prey consumed was measured with and without the presence of P. fusiformis. The interaction was viewed using infrared video cameras. The predation of the three types of squid prey on P. fusiformis caused P. fusiformis to bioluminesce, allowing for easier prey capture by the squid because their prey was illuminated. Mosquito fish were observed to trigger luminescence with each tail stroke, which the squid monitored closely. Grass shrimp appendages also triggered luminescence, and the attention of the squid predators. The average number of mysids, grass shrimp, and mosquito fish consumed by the two species of squid significantly increased with increasing P. fusiformis concentration in the experimental tank. 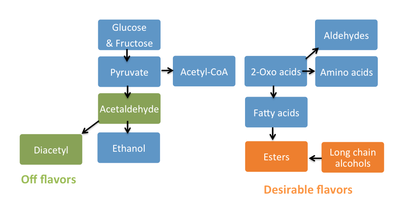 The researchers explain that the emitted light of the milky sea was produced by high concentrations of Vibrio harveyi participating in quorum sensing. V. harveyi only bioluminesce in high cell density, and use quorum sensing to determine if there is a high enough concentration of other individuals of its species in order to do so. The lux system mediates V. harveyi’s bioluminescence. In this system, the LuxI protein synthesizes an acyl homoserine lactone autoinducer (AI). AI diffuses into the surrounding enviroment, where it accumulates. When it reaches a high enough concentration, AI diffuses back into the V. harveyi cell and binds to the activator protein LuxR, resulting in increased transcription of the lux operon. The lux operon activates transcription of the luciferase target genes that allow V. harveyi to bioluminesce 5. In this system, the more V. harveyi individuals that are producing AI, the more the individuals will bioluminesce. Figure 2 displays the satellite image of the milky sea event. The dotted line in the figure represents the Lima's course, and shows the first instance of both human and satellite documentation of the same milky sea event. The satellite image combined with human documentation of this event solidifies that it really occurred. 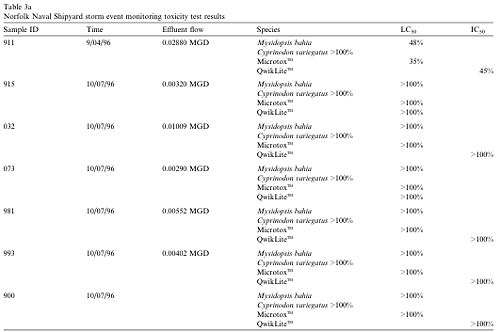 Pyrocystis fusiformis is an interesting marine dinoflagellate that produces bioluminescence. It is an important contributor to the carbon cycle, and produces much of the world's atmospheric oxygen. Pyrocystis fusiformis remains a valued food source for many marine filter-feeding organisms, and constitutes a large proponent of the primary producing marine trophic level. It was thought to be the cause of the “milky sea” phenomenon, but this theory has been discredited. Pyrocystis fusiformis has also proven to be an excellent organism to use in bioassay toxicity tests.