PAHs are found in high concentrations at industrial sites especially sites that use or process petroleum products. The are considered carcinogens and mutagens, and are very recalcitrant, pervading for many years in the natural environment. 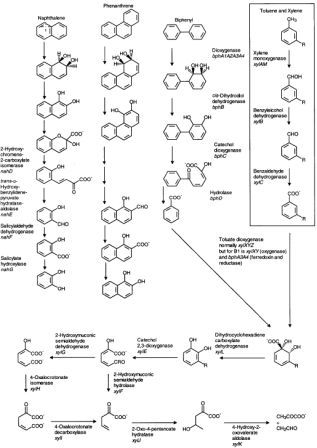 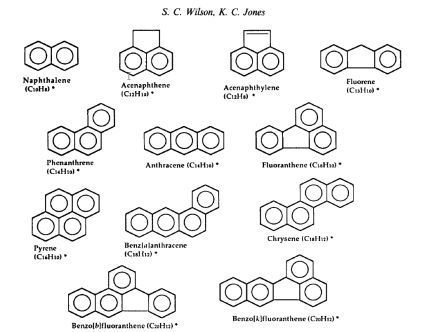 Intermediate metabolites degrade further through ortho and meta ring cleavage to produce succinic, fumaric, pyruvic, and acetic acids and acetyl-CoA, which are shunted into major metabolic and anabolic pathways [11]. The byproducts of these reactions are carbon dioxide and water. The breakdown of PAHs can occur when microorganisms use PAH as their sole energy and carbon source and also through the co-metabolisms process. Co-metabolism refers to when an enzyme directed at another compound also degrades PAH. This has been shown to be an important phenomenon in breaking down larger aromatic chains, but does not directly lead to complete oxidation to carbon dioxide [5].