Difference between revisions of "Bordetella"

A Microbial Biorealm page on the genus Bordetella

Bordetella bacteria are gram-negative coccobacilli that cause respiratory disease in humans and animals. B. petrii is the only environmental species of this genus. B. pertussis is very closely related to B. parapertussis that resides in humans and sheep and is closely related to B. bronchiseptica that exists in pigs, dogs, cats, rats, rabbits, horses, and some primates (including humans). It was formerly thought that B. pertussis, which causes whooping cough, came from the sheep bacteria, but it is now believed to have come from pigs, which are reservoirs for many other human diseases. B. bronchiseptica causes tracheobronchitis, or kennel cough, in dogs, atrophic rhinitis in pigs, snuffles in rabbits, and respiratory disease in cats, however, this species is in uncommon in humans. B. parapertussis causes diseases similar to pertussis but milder, including bronchitis. B. avian causes the avian disease bordetellosis, which produces a respiratory tract infection in turkeys and in wild and domesticated birds. 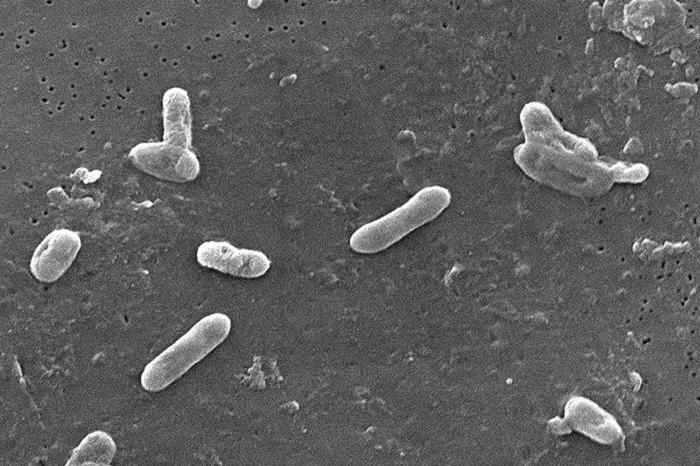 Bordetella is a gram-negative coccobacillus bacterium that occurs either in pairs or singularly. Therefore, they have the thin murein layer surrounded by an outer membrane containing lipopolysaccharide and phospholipids, and they do produce a capsule. This rod-shaped bacterium is non-motile, non-spore forming, and about 0.5-1.0 μm in length. The exception is B. bronchiseptica which is mobile. The bacterium performs respiratory metabolism and never performs fermentation. In addition, they are strict aerobes. The bacteria are fastidious, requiring more than the usual number of growth nutrients, and need a rich media that is often supplemented with blood in order to thrive. Even on the rich media, such as blood, the bacterium needs 3-6 days to form colonies because they are slow growing. They can also grow on synthetic medium that includes buffers, salts, an amino acid energy source, and growth factors which can include nicotinamide. The other selective growth media for Bordetella is charcoal agar.

B. pertussis is a strict human pathogen that takes residence in the respiratory tract. B. pertussis is not found in animals, and it survives poorly in the environment. B. bronchiseptica was originally isolated in dogs but then was later found in other species of animals, including pigs, rabbits, and rats. In 1967, B. avium was isolated from young turkeys and by 1993 there were reports of it being isolated in cockatiel chicks. Recent research shows that this strain has been isolated in chickens, finches, noble macaws, Japanese quails, and ostriches. The optimal temperature of survival for all species of Bordetella is 35-37°C, therefore they are termed mesophiles because they survive best in moderate conditions. 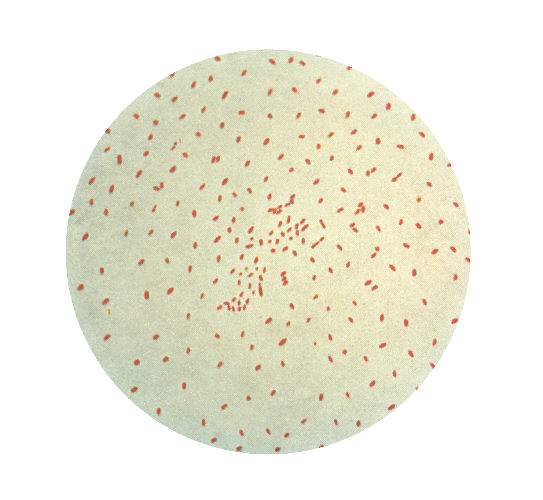 Prior to the 20th century, whooping cough was a terrible childhood disease. In 2005, it still accounted for about thirty-five thousand deaths per year worldwide. Seventy percent of these fatal cases occur in infants and children less than one year of age. There is no seasonal pattern in the spread of Bordetella. In the 1940’s, with the introduction of immunization for pertussis, the number of cases in the United States fell from 250,000 cases a year to less than 1 case out of 100,000 people. At one point there was a concern over vaccination reactions which led to a decrease in immunization rates and an increase in pertussis. The disease often goes unrecognized in adults which aids in the spread of the bacteria. In addition, outbreaks have been found to be associated with incomplete or reduced immunization. The vaccine formerly used was known as DTP and included antibodies for the diphtheria toxin (D), tetanus toxin (T), and pertussis (P). This vaccine has been replaced with the safer DTaP vaccine that causes fewer side effects. DTaP is an acellular vaccine that is genetically engineered to be immunogenic, inducing an immune response, but non-toxic. The vaccine is used for full primary immunization at 2, 4, and 6 months and boosters between 15-18 months and 4-6 years with additional boosters every 10 years.

Transmission of B. pertussis is most commonly spread from person-to-person through small droplets of respiratory secretions traveling in the air. In rare instances, B. pertussis can be transmitted by contact with freshly contaminated particles alone. Occurrence of pertussis may increase in summer and fall. However, as previously noted, research indicates that the spread of pertussis follows no seasonal pattern. Common sites of infection include schools and day care centers because parents, caregivers, and older siblings are “reservoirs” for B. pertussis. In adults, symptoms are generally mild so these individuals may not seek any treatment. By not getting medical attention, their disease is still highly contagious allowing for continued transmission of the disease to children. 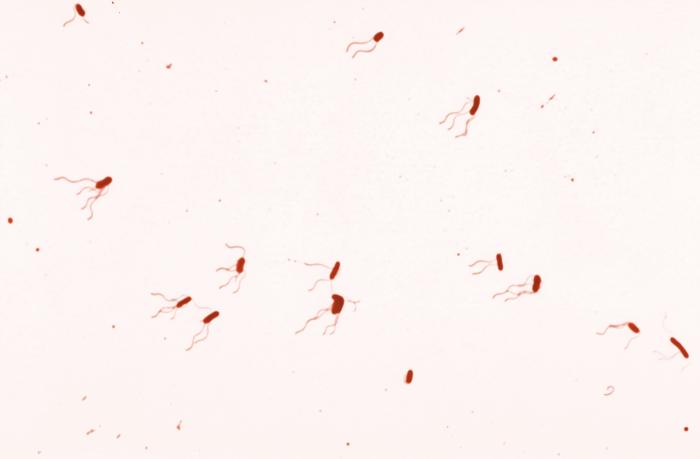 Bordetella can be spread by airborne droplets and is highly contagious. The bacterium does not invade the cells of the respiratory tract nor do they spread to deeper tissues, instead Bordetella colonizes and multiplies on the mucus membranes of the respiratory tract. The bacteria adhere to the cilia of the bronchial epithelium via pili, pertactin, Fha, and the binding subunits of PT. The bacteria are able to immobilize the cilia and these ciliated cells are increasingly destroyed. The lack of cilia causes foreign matter to build in the lower airways, and coughing and inflammation results. Bordetella, as mentioned before, is gram-negative and therefore contains lipopolysaccharide in its outer membrane which is heat resistant. Bordetella is known to produce several endotoxins which include: pertussigen which interferes with the transfer of signals from cell surface receptors and is involved in the attachment of respiratory epithelia, adenylate cyclase toxin which increases cyclic AMP levels and inhibits immune effector cell functions, tracheal cytotoxin which causes the immobilization of the cilia, also known as ciliostasis, and the extrusion of ciliated epithelia, dermonecortic toxin which causes tissue destruction, and filamentous hemagglutinin which plays a role in attachment to the ciliated host epithelial cells. The pertussis toxin catalyzes ADP-ribosylation of the alpha-subunit of the inhibitory G protein Gi. This in turn prevents the exchange of GTP for GDP and uses Gi to block inhibition of adenylyl cyclase. It is not yet understood how the defect in the G-protein signaling can kill the ciliated epithelial cells. Pertussis is thought to occur in two stages. Colonization occurs first through the attachment of filamentous hemagglutinin structures and then the second stage begins with the prolonged coughing and whooping.

There are several areas of research being conducted within the genus Bordetella.

B. petrii has been found in river sediment, polluted soil, marine sponges, and grass roots, and it contains a mobile genetic element that codes for proteins related to virulence factors. This research reveals an evolutionary link connecting the pathogenic Bordetella and environmental bacteria of the genera Achromobacter and Alcaligenes. B. petrii is unique because it lacks all of the known toxins that the rest of the Bordetella species produce.

B. pertussis is known to release adenylate cyclase toxin (CyaA) which is essential to its virulence factor in colonization of the host. The toxin is able to inhibit migration and activation of phagocytes which prevents bacterial killing and misdirects dendritic cell differentiation.

It was recently detected that patients with sickle cell disease are at an increased risk for infection with Bordetella holmesii, a recently discovered bacterium. Like the other species in this genus, the bacterium demonstrates fastidious growth. It has also been discovered that it follows an uncomplicated clinical course.

CDC Public Health Image Library & Carr, J. H. This scanning electron micrograph (SEM) depicted a number of Gram-negative Bordetella bronchiseptica coccobacilli bacteria. This organism is commonly found to be the cause of respiratory tract infections in dogs, as well as human beings whose immune system had been compromised including those who are infected by the HIV virus, ID#254. Retrieved November 16, 2008, from http://phil.cdc.gov/phil/details.asp