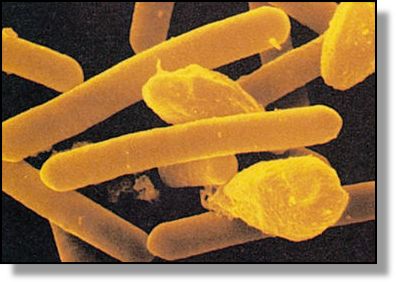 Clostridium botulinum is the bacteria that is responsible for Botulsim [4].. It is a Gram-positive, rod shaped bacterium that is strictly anaerobic and produces neurotoxins that paralyze host muscular junctions. There are 7 types of toxins, A-G, but only 4 of these, A,B,E, and F, have been known to cause disease in humans [1].The most common toxins in the United States are A,B, and E. Throughout the world, toxin A is most prevalent. All toxins are encoded in the bacterial chromosome except type G which is thought to be plasmid encoded[2].. C. Botulinum is only able to produce its toxin during sporulation. The endospores can lie dormant for several years in contaminated foods but will become active once the environmental conditions are favorable. Since the bacteria are obligate anaerobes there should be minimal oxygen present and the pH should be low, in the range of 4.8-7. Due to its specific living conditions, it is difficult to grow in the lab. A media culture of tryptose sulfite cycloserine growth media is used the lab setting and there is <2% oxygen in its surrounding area. The bacterium is unable to use lactose as a source of carbon which is a critical biochemical identification when differentiating the organism from other species. 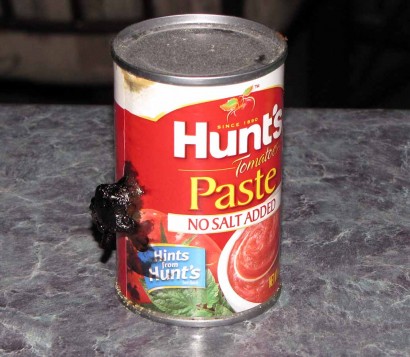