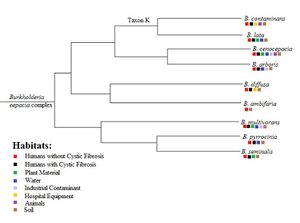 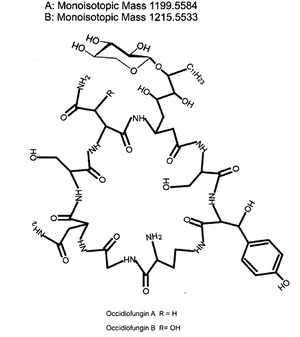 The MS14 strain of B. contaminans was isolated from soil where typically pathogenic fungi were found to do minimal damage to their host plants and it was studied for its antifungal properties, which are due to a secreted compound called occidiofungin. Occidiofungin is described as a cyclic glycopeptide with two variants, occidiofungin A and occidiofungin B, which are the same in structure except that occidiofungin B has an additional oxygen atom. Occidiofungin alters the outer structural components of fungi, resulting in thinner cell walls and deformed hyphae [8]. This interference with the cell wall of fungi has an unknown mechanism but is thought to be distinct from the mechanism which causes occidiofungin to be hemolytic to eukaryotic cells. There has been commercial interest in using occidiofungin as a medical or agricultural antifungal, as in the case or protecting crops to promote plant growth or treating patients with fungal infections. 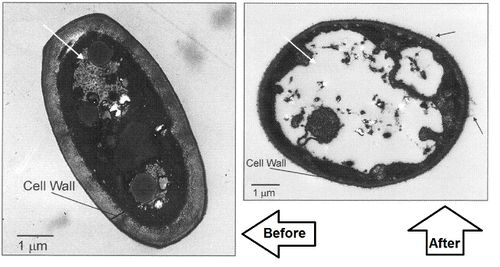