Difference between revisions of "Campylobacter ureolyticus"

Campylobacter ureolyticus, which used to be known as Bacteroides ureolyticus, has been recently classified (1). C.ureolyticus is of the genus, Campylobacter, which is known to be a foodborne pathogen and the cause of zoonotic diseases, a disease that exists in animals and can be transmitted to humans, worldwide. C.ureolyticus specifically has also been found to be a gastrointestinal pathogen of humans (4). C.ureolyticus is less virulent compared to the other flagellate species of Campylobacter, for example, C.jejuni (4). Furthermore, research shows showed that C.ureolyticus was the second most common causative agent of Campylobacter related gastroenteritis, outranking C.coli. ( 3 and 4 ). Consequently, this presents the need to conduct extensive research on this organism that poses as a serious threat to the health of humans.

A 16S rRNA sequence similarity of C. ureolyticus was found within the range of 91–93% to the species of the genus, Campylobacter. This contributed to the reclassification of C.ureolyticus. Recent studies suggest that C. ureolyticus includes species that are characterized by DNA alone, similar to those observed in C.concisus (4). The genome for C.ureolyticus was obtained from its strain RIGS 9880, which was isolated in patients with gastroenteritis (9).The genome of this strain is circular, 1,642 kbp in size, and has a G:C content of 29.23% (9). It econdes 1,595 putative protein coding genes, which are genes that code for an unknown protein with an unknown function, 24 pseudogenes, and 3 rRNA operons (9). Additionally, it lacks genes that code for flagella related proteins and glutamine amido transferases, which is important in the pyrimidine biosynthetic pathway(9). There are two C. ureolyticus strains whose genomes are currently available on databases, DSMZ 20703 and ACS-301-V-Sch3b (3). The genomes of these stains are 1.74 Mb and 1.66 Mb respectively, but only 18.8% and 17.1% of the protein coding sequence of these strains are not found in the other. 75-79.5% of proteins were found to be highly conserved between these two strains. Also, whole genome comparison of the protein encoding sequences of the two C. ureolyticus strains against other members of the same genus shows conservation across the different species of Campylobacter, with 9–22% of gene products conserved in protein encoding sequences (4). The largest number of conserved protein homologs were found in C. concisus, and the lowest in C. upsaliensis (4). There were 128 protein coding sequences identified as being highly conserved across all species of Campylobacter when DSMZ 20703 was used as the reference genome (4). These protein coding sequences are involved in the production of membrane bound transporters, respiration, metabolism of macromolecules, and stress response mechanisms (4).

Image 1. The image above represents basic morphology of Campylobacter; they are gram negative(pink), spiral shaped rods (13).

Campylobacter ureolyticus are oral and intestinal commensals of animals, which makes it hard to control infections caused by these microbes (6). Being unable to grow in number outside animal bodies, Campylobacter family serves as a sign of recent contamination with animal feces and exist widely in the environment, especially in water (7). In the river, Campylobacter species are found least in rural and fast-flowing region, while found most in regions near or downstream of sewage works (8). As an evidence of Campylobacter originated from animal feces, the number of Campylobacter increased when rainfall caused farmland water to flow into the river (8). 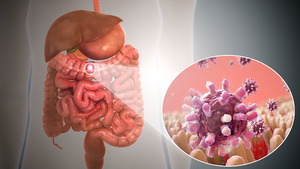 Image 2. The image above represents gastroenteritis, an inflammation of the large colon caused by a pathogenic infection (14).