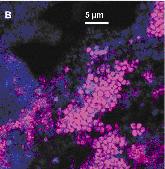 Candidatus Accumulibacter Phosphatis (A. Phosphatis) is of the group of organisms know as polyphosphate-accumulating organisms (PAO). This organism is a key species used in waste water treatment for the purpose of enhanced biological phosphorus removal (EBPR)(Lu). Waste water effluent can be a major contributor of phosphorous pollution to the environment, which can cause excess nutrient loading that leads to algal blooms. Traditional methods of phosphorous removal include chemical removal process and EBPR. Advantages of operating a waste water treatment plant with EBPR are that it significantly lowers operating costs, reduces sludge production and enables sludege to be reused easier, and eliminates chemical biproducts (Blackall, 2002). A. Phosphatis has been found in 4-18% of plants treating domestic sewage (Fukushima, 2007).

Accumulibacter spp. has as many as eleven lineages so far discovered in full scale waste water treatment plant bioreactors around the world (Peterson, 2008). It is suspected that differences between lineages are due to competitive advantage in didderent environemtnal condiditons (Peterson, 2008).

The size of this genome is 5306133 base pairs, coding for 4790 genes. 3.82% of the "Accumulibacter phosphatis" genome is unlike all other organisms in relation to both sequence similarity and function.

The A. Phosphatis clade IIA str. UW-1; was mapped by the Department of Energy Joint Genome Institute (DOE JGI) in 2004 with an isolate collected from an EBPR wastewater treatment bioreactor in Madison, WI. 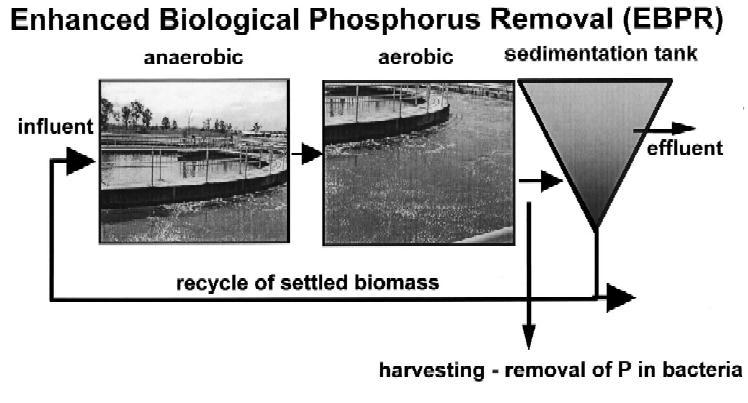 Natural Habitat: A. Phosphatis was recently found in estuary and frest water sediments (Peterson, 2008). Survey of freshwater, terrestrial, and estuary soil samples with PCR indicated presence of Accumulibacter Additional Evidence for environmental reservoir dispersion is that sequencing of two bioreactors abundant with Accumulibacter on separate continents yielded >95% sequence identity over 79% of the assembled genome (Peterson, 2008). This species has numerous species that could give it competitive advantage in oligotrophic environemnts (Peterson, 2008).