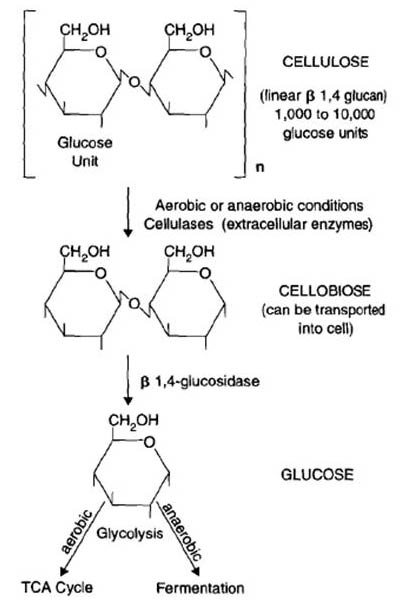 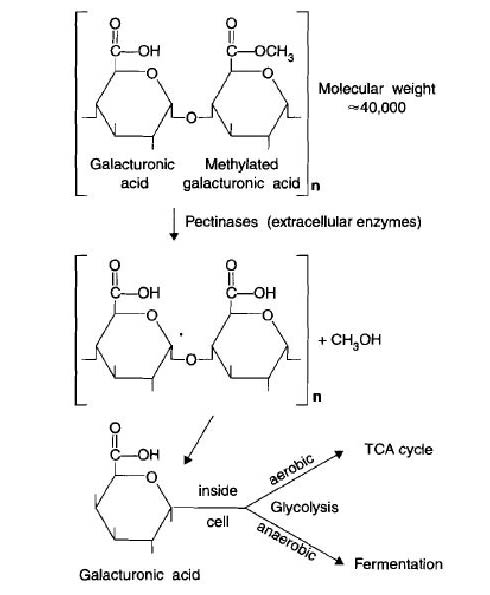 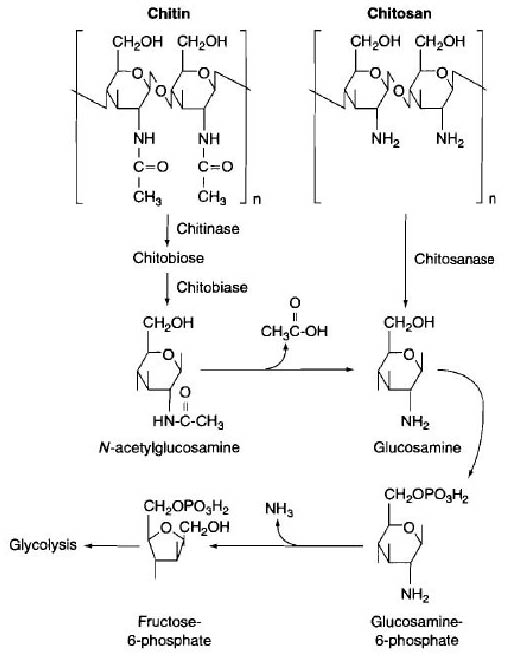 Lignin is the main component of wood in trees. Lignin has a varied, unique, and complicated chemical structure which contain many aromatics. These aromatics can be released from the lignin sturucture by fungal enzymes peroxidase and oxidase. The enzymes utilize H2O2 and OH radicals to break the bonds in the lignin. Common types of fungi which degrade lignin are white rot (Phanerochaete chrysosporium), brown rot, and soft rot. Once the aromatics are released from the original lignin structure they are incorporated into the metabolic pathway as pyruvate, acetyl CoA, and into the TCA cycle. 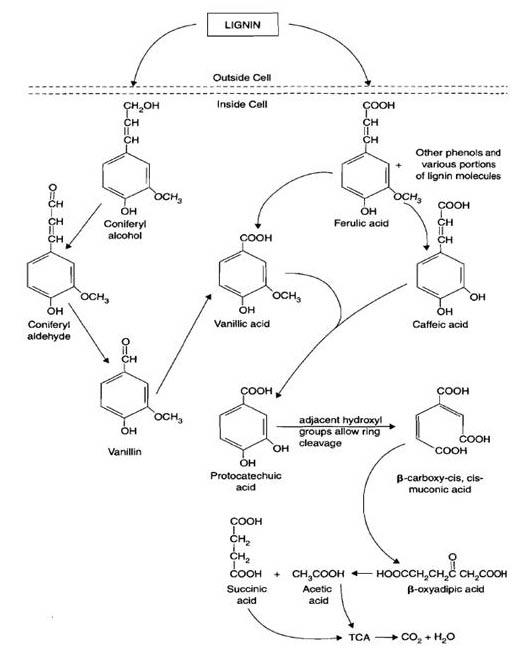 Benefits of humus in the soil