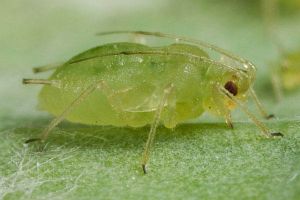 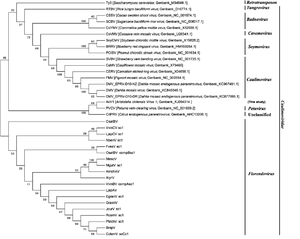 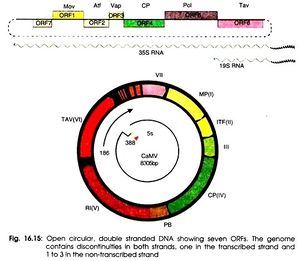 In order to defend against viral infection of cauliflower mosaic virus, plants must depend on their natural defenses or risk death. In a situation using cauliflower as an example, in farms having cauliflower as a cash crop, the risk of viral infection is very high. It is because they are all grown in proximity and in the same conditions where random mutation is not favored, it would not be favorable to viral resistance. In this scenario, breeding with mutated cauliflower would be the best chance of gaining resistance (Slonczewski). Plants also must rely on their own immune systems. If a plant can utilize its ability to interfere with gene expression then virions will stop being replicated inside of the host. The plant is able to recognize foreign mRNA and stop gene expression before the plant continues producing for the virus (Slonczewski). There is no cure for cauliflower mosaic virus. Once a plant is infected, then it is too late. Prevention is the only way to prevent agricultural or gardening losses. Since cauliflower mosaic virus is usually spread by aphids, so any sort of pest control can be beneficial in reducing infection. Netting or pest control products may keep virus carrying insects at bay. Since this virus can be transported through any opening in plants such as abrasions or cuts, disinfecting tools, equipment and anything that contacts plants will reduce infections. Some things such as damp conditions may also contribute to faster/easier transmission of cauliflower mosaic virus. It is best to get rid of infected plants immediately to reduce exposure to plants nearby. Also, get rid of seeds coming from infected plants because CaMV could be transmitted to plant offspring. Keeping weeds away from the farm or garden can also eliminate virus harboring organisms. Finally, there are varieties of plants with resistance to caulimoviruses that are unable to get infected in the first place (“Mosaic Virus: Symptoms) (“Mosaic Viruses.”).

Cauliflower mosaic virus has a very important function in biotechnology. It is because of its efficient promoter that is used to produce cloned genes, that it can be used to create transgenic plants that can take use of this efficiency. That is why now, 10% of cruciferous vegetables have a CaMV infection (Slonczewski). In order to do this, genes can only be inserted in the minor coding regions or regions not necessary for virus production which include open reading frame II and open reading frame VII. If done correctly, the production of progeny viruses will not be affected. A use of this is to insert a dihydroxyl folatereductase gene so that the infected plant will be resistant to methotrexate which otherwise is very toxic to plants (Padmaratinam). Producing transgenic plants is done in order to gain benefits such as higher yield, resistance, quality and efficiency which would be hugely impactful to farmers who have been plagued by mosaic viruses and had to throw away a large percentage of their crop (Mondal, Sudhadip.). There are some limitations to using cauliflower mosaic virus in the production of transgenic plants. These limitations include the small margin for error when inserting genes only in open reading frame II and open reading frame VII (Mondal, Sudhadip.). It is also feared that trangenetic plants could induce the evolution of new pararetroviruses similar to how bacteria evolve to be resistance to antibiotics (Slonczewski).

Cauliflower mosaic virus is one of many mosaic viruses that infect crops and plants across the globe. Mosaic viruses have many forms such as tobacco mosaic virus and cucumber mosaic virus to name a few. With cauliflower mosaic virus having a uniquely efficient promoter, it allows researchers to use it to make other plant aspects efficient by the use of an administered viral infection. Processes such as RNA interference could be better understood and utilized to fight off cancer cells or other diseases in humans (Slonczewski). The knowledge of the cauliflower mosaic virus and its promoter could instigate research that could help feed countries during famine. It could help keep the world’s population fed by keeping up with our demand for resources by making plant growth more efficient. It could also improve lives of farmers by not having them see drooping and mottled leaves when it is time to harvest and wasting time, energy, space and food that could otherwise be used.