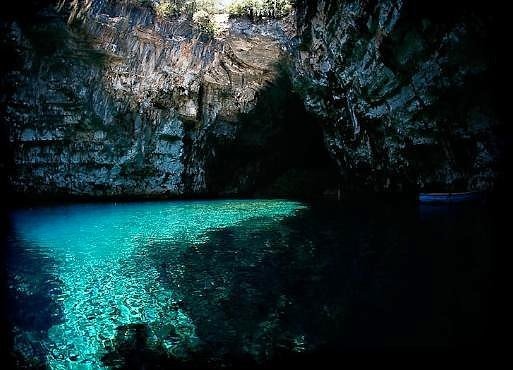 Cave environments are vast and unexplored. These environments are so harsh that scientists once believed that these environments held no life, but they were wrong. The lack of light and nutrients (and in some cases the lack of oxygen), and very acidic soils with toxic air makes this environment one of the harshest places on earth. It is now known that there are millions of different microbial species that inhabit caves. Cave microbes have adapted to survive in the most harsh conditions and they are normally endemic to that specific cave. These microbial processes such as the creation of saltpeter, sulfur cycle, and calcite deposits have huge impacts on the delicate cave ecosystem. This is a very important reason for studying cave microbes to better understand how life is able to adapt to inhospitable conditions. Specifically the Lechuguilla Cave in New Mexico has been a part of many studies and has a unique microbial environment. Lechuguilla was discovered in 1986 after cavers discovered an entrance to the cave from an old mine that was abandoned long ago. After the discovery 150km have been explored. Lechuguilla is the largest cave system in the continental US and contains very low levels of nutrients in the cave. Microbes in this ecosystem depend on lithotrophic metabolism of sulfur, iron, and manganese deposits in the Lechuguilla cave system.

Caves have a unique environment, they normally lacks many of the elements that are commonly thought of as essential building blocks of life. In general caves have no light so photosynthesis is not an option for microbiological life. Most microbes get their nutrients and energy from dissolving inorganic material, these are called chemolithoautotrophs. In caves the physical conditions are very harsh, water in caves are normally low in oxygen and can be very acidic. The Lechuguilla cave walls consist of carbonate rocks with limestone this is the main source of nutrients to microbial life. Lechuguilla is a sulfuric acid created cave, which means that since the high levels of sulfuric acid was dissolved in the soil it ate away at the limestone walls which increased erosion and created the cave system. The high levels of sulfuric acid has created an extreme environment for microbes to live. What is unique in the Lechuguilla cave is that since it was formed by sulfuric acid it was created from the bottom up and unlike the top down caves that are developed by carbonic acid.

The microbes that survive in the caves are able to change the minerals around them, this is very important for supporting other sources of life. Chemolithoautotrophs are the primary producers in cave ecosystems and support a wider range of organisms. Most interactions between microbes and other organisms is as a source food because these microbes are able survive only on the mineralization of the cave walls. There are higher trophic species that graze on the primary producer bacteria such as cave invertebrates (cave beetles, isopods, and benthic invertebrates). Another interaction is that some organisms only use caves for part of their lives, for example bats use caves as a habitat but migrate to different caves throughout their lives. Microbes are one of the main reasons why these organisms have a habitat because they help develop cave systems.

In many caves saltpeter is created because of microbial processes using nitrocalcite or calcium nitrate. Saltpeter (potassium nitrate KNO3) is very important for caves because they are an economic source, and are a source of nutrients for other organisms. The formation of nitrates is an oxidation reaction.

Lechuguilla Cave is a prime example of microbes effecting the physical world around them, Lechuguilla cave supports the theory of speleogenesis. Speleogenesis is the process of how caves are formed, and normally these caves are formed with limestone walls and water with dissolved carbond dioxide and this formes carbonic acid which erodes the limestone. Sulfate microbes oxidize dissolve rock and absorb solvents. In Lechuguilla, sulfide oxidizing bacteria use H2S to dissolve the walls changing them into gypsum and this falls off the walls, thus extending the cave.

Microbial actions, the precipitation or oxidation of carbon molecules, are involved with carbonate deposition to form stromatolites in caves. Microbes precipitate calcites which form these structures and has proven that microbial life was some of the first life on Earth. Microbes do this by altering the crystal structure of carbonates and specifically calcite crystals. The cave microbes are able to coordinate ions and start biological mineralization.

Biofilms are microorganisms that have cells that stick to each other and surfaces. These biofilms create a matrix of extracellular polymeric substance with is commonly refereed to as slime or goo and this substance is composed of DNA and proteins. Biofilms are a clear indicator of microbes residing in caves and it is an obvious sign that microbial activity is going on. Biofilms are able to coat the walls and increase the size of the caves. Biofilms are also a great source of nutrition for other organisms. Another type of microbes are identified by color change of rocks in the cave happen when microbes use chemical processes to create energy and converts the surrounding rock into different forms (such as changing limestone into calcite). Precipitates of minerals happens when microbes change the surrounding rock by using chemical gradients that change the composition of the rock and precipitate out different chemicals. Another indicator of microbial processes are dots on the surface these dots on rocks indicate microbial colonies, these colonies can be antibacterial colonies or have ideal conditions for microbial growth.

Perabacterium spelei: chemolithoautotrophs, use carbon and iron carbonate from cave walls and gather nitrogen from the air to live off the conversion.

Clonothrix putealis and Macromonas bipunctata: both microbes are manganese precipitating microbes that turn rock into "moonmilk". This dissolves bedrock and expands cave systems.

Seliberus and Caulobacter: both are water microbes that are heterotrophic organisms that feed off other bacteria.

Current research is being done about how the sulfuric acid plays a role in the expansion of caves. Another source of research being done is how human actives are effecting microbial populations and how this means that there are higher levels of water born pathogens such as coliform in the waters of the Lechuguilla cave. The studies done in Lechuguilla cave are done to find the source of coliform and how it is entering the drinking water of the surrounding area. The areas with the highest level of coliform are pools of water that have been in contact with biofilms. These biofilms are host for coliform and contaminate the different pools with in Lechuguilla. To remediate the problem, there needs to be a reduction of human impacts on Lechuguilla. Finally research into microbial past through studying cave microbes sheds light on the origins of many microbes and the origins of life.