Lichens can survive in extreme desert heat. In the desert Lichens can survive up to -60 º to 55 º Celsius which is -76 to 131º Fahrenheit(Hawksworth). The water content for lichens can vary from 2%-300% dry weight(Douglas). The low water content lichens are ideal for desert rock lichens because deserts are known for their minuscule or non-existent precipitation. Due to the lack of precipitation, lichens obtain most of their water from the atmosphere and morning dews. When not enough water is obtained from the atmosphere the lichen turns off metabolic processes and go dormant, which can last several years. However when a small amount of water is obtained from morning dews the lichen comes out of its dormant stage and resumes physiological activities(Douglas). Compared to cyanobacteria, algae are more adaptive at low water levels and can occupy desert niches better.

Since Lichens are composed of a symbiotic relationship between fungus and photosynthetic algae there can be many combinations of lichens. It is estimated that 85 percent of the photobiont are eukaryotic algae while 10 percent are cyanobacteria and 5 percent are a combination of cyanobacteria and eukaryotic algae. Some examples of alga are trebouxia, Pseudotrebouxia, and Trentepohlia while some examples of cyanobactera are Nostoc and Scytonema. The fungi that are in the symbiotic relationship can be Ascomycota, Basidiomycota, or Conidial fungi (Douglas).

Most lichens change the diverse environment they live in. They can form fruticose which looks like shrubs, foliose which are like leaves, crustose which are like a crust, on the surfaces they are in contact with (Hawksworth). Lichens are also known to weather rocks through chemical and physical methods. Chemical weathering of rocks is due to the secretion of oxalic acid converted from insoluble carbonates and silicates. Physical weathering of rocks is done by contracting and swelling of the body of the lichen. Swelling of the body of the lichen happens during wet periods, while contracting happens during the dry periods of the lichen. The changes in size of the lichen help those that are embedded in cracks of rocks to break the rock apart. 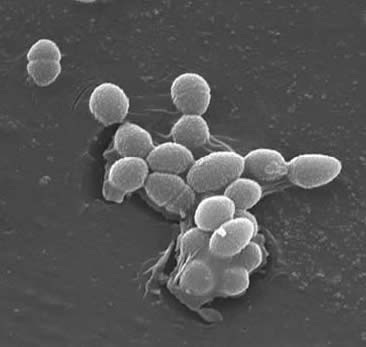