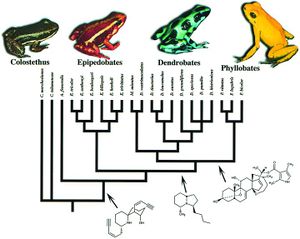 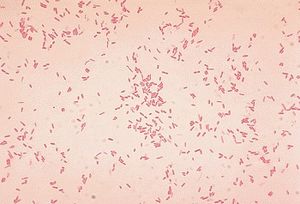 The alkaloid toxicity in members of the Dendrobatidae family not only deters large predators, but also protects against microbial parasites. Hovey et. al. investigated this hypothesis, specifically in the case of the species Oophaga pumilio. The researchers tested the alkaloids of this species against Aeromonas hydrophila and Klebsiella pneumoniae, two bacterial pathogens known to infect frogs. Since alkaloid toxicity is derived from the diet, it was possible to collect frogs from five different locations (all within Costa Rica) with varied foodsource availability in order to acquire a range of alkaloid concentrations. After isolating the alkaloids from the frog specimens’ skin, extracts were presented to both of the pathogens. Growth inhibition was then assessed to find that differences in alkaloid presence aligned with differences in inhibition of the bacterias. This research by Hovey et. al. supports the fact that the toxins of dendrobatidae provide protection from harm not only by predators, but also by microbes. [6]