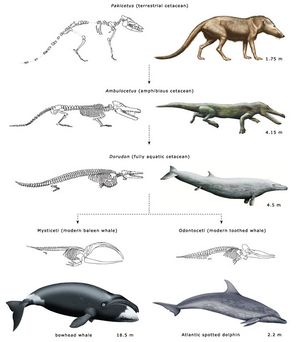 Dolphins evolved from terrestrial animals into aquatic animals throughout generations of evolution. The dolphins share numerous ancestors with the bowhead whale. https://sites.google.com/site/obenscience7e/unit-1-why-do-organisms-look-like-that/a-case-study-how-modern-whales-came-to-be.