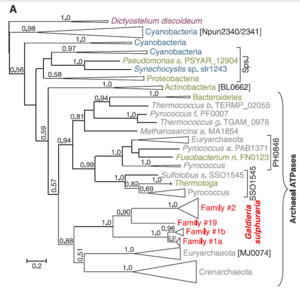 Galdieria sulphuraria is a eukaryotic, spore-forming, coccus. G. sulphuraria appears yellow-green to dark blue-green grown heterotrophically in liquid culture, and often yellow or green in its natural environment[7]. It is an acidophile, as well a thermophile, and inhabits highly acidic springs at high temperatures[4].

G. sulphuraria has a 13.7 Mbp genome [4], with a G+C concentration of 37% [5]. Phylogenetic and genomic analyses supplied by, Gerald Schönknecht et al. revealed 75 indications of horizontal gene transfer from archaea and bacteria along with highly condensed protein coding regions within the G. sulphuraria genome [4]. It is speculated that minimally 5% of the functional genes were acquired in this way [3]. 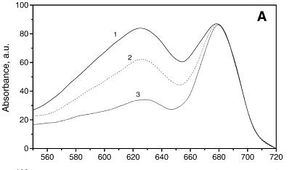 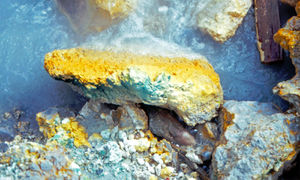