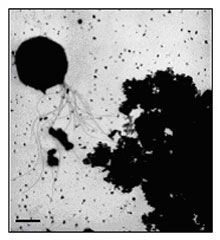 Habitat: (See above)
Symbiosis: No symbiosis seen between other organisms. (It is the only organism that can grow at the high temperatures.)
Biogeochemical Significance and Environmental Contributions: Due to its unique iron-motivated respiration, the areas surrounding the vents where these microbes thrive are rich in Fe(II) and surprisingly, the magnetic mineral, magnetite. Magnetite is released as a byproduct of the ferric iron reduction to ferrous iron.
Pathogenesis: G. barossii poses no threat to humans obviously. Due to its extreme living requirements, humans are never going to encounter this microbe anywhere outside of a lab. Even if exposure occurred, the temperatures alone would render the microbe dead. 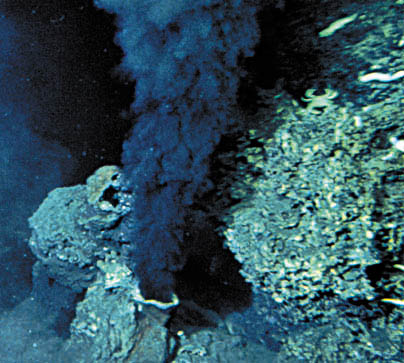