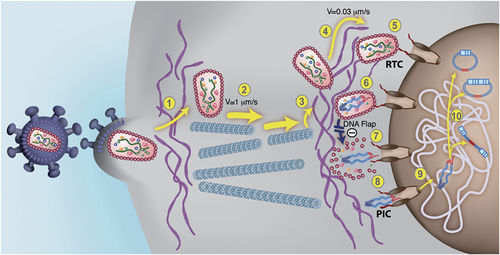 Translocation and maturation of the RTC complex.[2]. 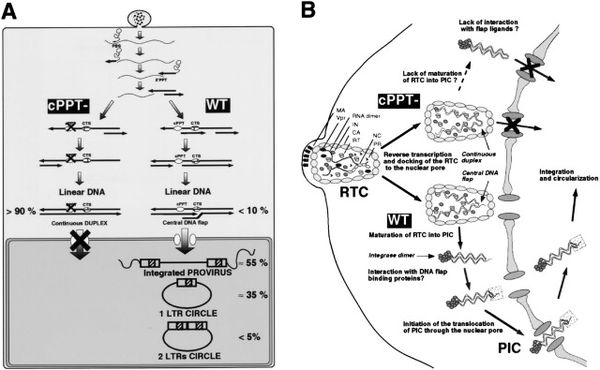 HIV was reported to not contain transferable NLS. Furthermore, the nuclear localization of integrase depended upon lens epithelium-derived growth factor (LEDGF/p35). This endogenous molecule is a nuclear transcriptional co-activator. In lentiviruses, LEDGF/p35 directs integrase to the host nucleus and tethers the enzyme to the host chromatin. Additionally, the absence of LEDGF/p35 results in the exclusion of HIV-1 integrase from the nucleus. This information indicates that LEDGF/p35 is the main regulator of lentiviral integrases.