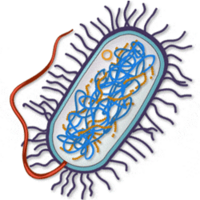 Lactobacillus reuteri are Gram-positive, rod-shaped, and anaerobic. These heterofermentatic lactic acid bacterium naturally inhabit the gut a wide range of organisms, including humans, pigs, chickens and mice [2]. They can also be isolated from human breast milk [11]. In vitro, Lactobacillus reuteri grows optimally on MRS media at 37 degrees Celsius [2]. They have also been found to grow in biofilms [1]. The Food and Agricultural Organization of the United Nations describes probiotics as "live microorganisms which when administered in adequate amounts confer a health benefit on the host," [1] an idea first vocalized by Elie Metchnikoff, in the early 1900's [7]. L. reuteri produces reuterin, an antimicrobial that inhibits growth of harmful bacteria, fungi, and protozoa. Due to these probiotic properties, L. reuteri is believed to be a promising therapy for the alleviation and reduction of certain illnesses related to gastrointestinal health, oral health, and urogenital health, including infantile colic, eczema, and H. pylori infection [1]. 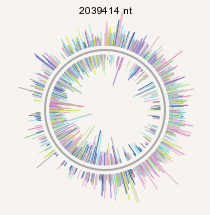