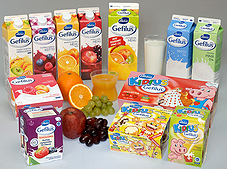 The following study used comparative and functional analyses of Lactobacillus rhamnosus GG's genomic sequences to explain some of the molecular mechanisms in these host-microbe interactions. They found genes that encoded for pili and pili assembly proteins elucidating its ability to adhere to intestinal cells. They also identified genes predicted to encode glycosidases which participate in the conversion of complex polysaccharides to simple carbohydrates—a mechanism that could have significant biological and medical implications. Moreover, to better understand the adhesion abilities of Lactobacillus rhamnosus GG they encoded for and found host colonization and adhesion genomic domains, but found only one mucosal-binding domain, which was thought to be a major adhesion mechanism (Kankainena et al, 2009).

This study also found that compared to other species of lactobacilli, Lactobacillus rhamnosus GG had 143 unique proteins and 24 of them were related to carbohydrate transport and metabolism. Lactobacillus rhamnosus GG uses a variety of mono-and disaccharide substrates, which is a metabolic activity considered advantageous for bacteria residing in the carbohydrate-rich proximal region of the small intestine. They found that its genome encoded a set of phosphotransferase system transporters (PTS) and carbohydrate-metabolizing enzymes utilized in metabolic network reconstruction, which is important in keeping a "good balance" of bacteria in the gastrointestinal system. Also, because the mucus-binding capacity of Lactobacillus rhamnosus GG is thought to be sensitive to protease, they speculated that a protein-mediated strain-specific adhesion was responsible for the high binding properties of Lactobacillus rhamnosus GG . The comparative genomic analysis identified multiple types of proteins (31 in GG and 37 in LC705) with domains related to adhesion and host colonization. Surprisingly, only a single protein in both genomes (LGG_02337 in GG and LC705_02328 in LC705) contained a mucus-binding domain. (Kankainena et al., 2009).

The interaction between natural microbiota and human mucosa is essential for proper intestinal function and the study of mucosal interactions with Lactobacillus rhamnosus GG have suggested mechanisms for probiotic use (van Baarlen et al., 2011). The following study examined in vivo mucosal responses of healthy adults to three probiotic strains, L. acidophilus , L. casei , L. rhamnosus GG . They had volunteers consume all three probiotic samples and a placebo control. After a 6 hour period biopsies were taken from the duodenum. Analysis of mucosal transcriptomes revealed that the human mucosa demonstrated fast and specific responses on perception of each bacterial strain. They compared these responses with specific expression and response profiles of pharmaceutical and other biologically active compounds. They found that the responses correlated significantly with responses to compounds active in regulation of immune responses, cell cycle, blood pressure, and water and ion homeostasis. Specifically Lactobacillus rhamnosus GG was found to be involved in wound healing, IFN response, and Ion Homeostasis, suggesting various mechanisms for probiotic use (van Baarlen et al., 2011). 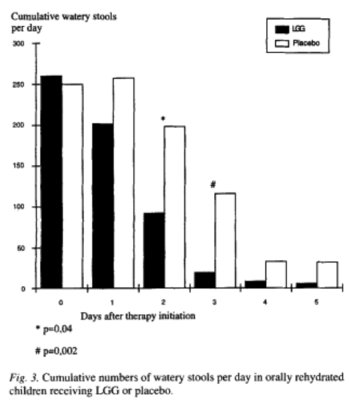 There are several studies that have reported the use of Lactobacillus rhamnosus GG to either treat or prevent various forms of diseases and infections in the stomach and intestines. The most common use for Lactobacillus rhamnosus GG is to treat diarrhea symptoms in acute diarrhea, Traveler’s diarrhea, and antibiotic associated diarrhea. Most of these studies have been conducted with infants or children. 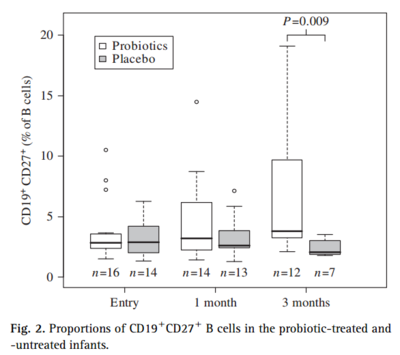 Figure 4. The graph displays significant increase in CD19+CD27+ B cells, which are important memory cells in the communication of the adaptive and innate immune system, in infants with atopic dermatitis treated with Lactobacillus rhamnosus GG compared to the placebo group. (Nermes et al. 2011)
Copyright © 2010 Blackwell Publishing Ltd
Source

Studies have been conducted in the use of probiotics with Lactobacillus rhamnosus GG in the prevention and treatment of atopic dermatitis (a type of eczema). These studies have been conducted primarily with mice and recently some studies have emerged with young children and infants with mixed results. Intestinal mucosa functions as a deference barrier against gut antigens. Atopic dermatitis is associated with divergent barrier functions of the skin and in some patients, the gut mucosa. The barrier defect in atopic dermatitis may be due to mutations in barrier proteins or may be due to intestinal mucosal damage caused by reactions to food antigens or microbes.

On the other hand, a study with 3-12 month infants diagnosed with atopic dermatitis revealed no therapeutic effect of Lactobacillus rhamnosus GG. While symptoms generally improved overtime, statistical analysis revealed no significant differences. They concluded that symptoms improved with age, regardless of therapeutic regimen (Grüber et al., 2007).

Consequently, because the limited number of trials clinical trials have demonstrated mixed results and the mechanism in which Lactobacillus rhamnosus GG affects the atopic dermatitis symptoms has yet to be identified its therapeutic use remains controversial. The scientific basis for probiotics against established atopic dermatitis treatment needs to be further researched.

Safety of Probiotic Use 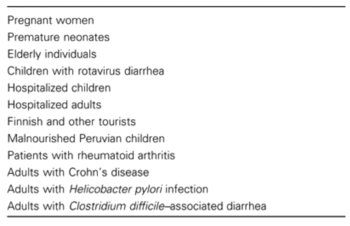 Figure 5. This table lists the various populations in which the use of Lactobacillus rhamnosus GG has been studied and shown evidence for safe use (Snydman 2008). Copyright © 2008 Infectious Diseases Society of America
Source

Edited by (Hannah Whittemore), a student of Nora Sullivan in BIOL187S (Microbial Life) in The Keck Science Department of the Claremont Colleges Spring 2013.