Difference between revisions of "Leda Asamov" 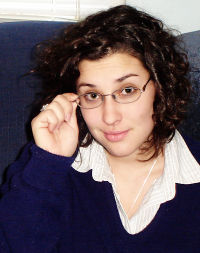 In 2012, she married Antar Iliev, another graduate student in her program who specialized in computer modeling. Their daughter, Jane, was born in 2015.

It is no exaggeration to claim that Leda Asamov was the savior of mankind. Her microbots saved humanity from certain death at the hands of the chimeravirus, and in the process nearly doubled human life expectancy. She was awarded three Nobel prizes: Medicine in 2044 for the STD Blocker, Physics in 2046 for her self-replicating carbon-based microbots, and for Peace in the same year for making her treatments freely available to anyone who needed them.