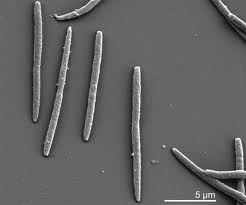 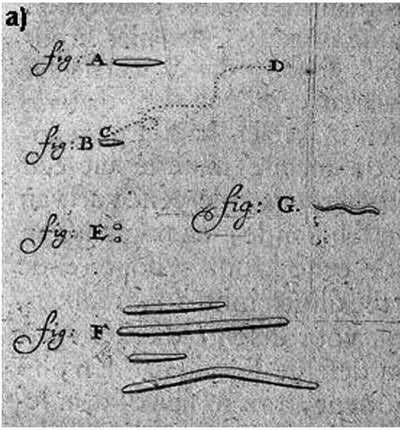 Leptotrichia buccalis is a gram negative, non-motile bacillus. They are anaerobic, though there is some evidence of aerotolerance 4. They are mesophilic with an ideal temperature at 37˚C, and host associated with Homo sapiens. The genus can be found in the oral cavity as part of the dental flora, in the intestine, and in the genital-urinary tract. L. buccalis is found normally only in the oral cavity though it has been found in the bloodstream of immunocompromised patients 5. L. buccalis may well have been one of the first bacteria described and drawn by Antonj van Leeuwenhoek. L. buccalis is the first of what is now six species identified as of 2010 within the genus Leptotrichia in human dental plaque. The six species have been further identified as having at least 60 strains, 26 of which are classified as strains of L. buccalis. There are thought to be as-yet-uncultivable species also 6. The genus may be implicated in a wide range of inflammatory disorders including endocarditis and cellulitis.It is regarded as an opportunistic pathogen, which is an organism that may be a cause of infection when local conditions create a predisposition. In the case of Leptotrichia species this involves immunocompromised patients. Leptotrichia species have been implicated in sepsis and endocarditis. 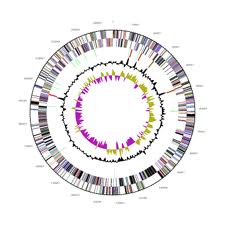 Leptotrichia DNA is composed of 1 circular chromosome 3. The genome is fully elucidated. The size has been characterized as 2,465,610 bp. This is the first complete genome sequence of the order 'Fusobacteriales' and no more than the second sequence from the phylum 'Fusobacteria'. The 2,465,610 bp long single replicon genome with its 2306 protein-coding and 61 RNA genes is a part of the Genomic Encyclopedia of Bacteria and Archaea project.

Colonies typically form a “Medusa-head” shape when cultured due to filamentous growth pattern on colony edges. L. buccalis has been characterized in different reports as gram positive 1, gram negative, and gram – variable. Recent studies generally agree on the gram negative characterization. It has been found that fresh cell walls sometimes stain gram positive, and this is likely the source of the confusion. Several studies refer to characteristic granular formations which have been called gram positive granules in a gram negative envelope.

L. buccalis metabolizes sugars and is acidogenic with lactic acid as its chief end product see http://metacyc.org/LBUC523794/class-tree?object=Pathways). It appears that L. buccalis will metabolize isomers of sucrose where most other bacteria in oral flora will not. They share three genes with disaccharide metabolizing non-oral bacteria (including Escherichia coli) 2.

L. buccalis has not been specifically implicated in human disease though it is thought to be implicated in oral disease. It has however been found in the blood of immunocompromised cases, in particular when endocarditis or cellulitis is present 5. It is presently generally regarded as an opportunistic pathogen, that is, it can cause disease when local or general predisposing factors are present. It is thought that breaks in the oral mucosal barrier are a factor as well, allowing L. buccalis into the blood stream. As a gram-negative rod, the species does have an endotoxin. Release of this endotoxin coupled with inflammatory mediators from infected host tissue may be factors in sepsis associated with the species. L. buccalis is one of the Lactic Acid Bacteria (LAB) in human flora. These bacteria serve a useful purpose in that they help make the local environment less attractive for other (foreign) bacteria 8. It has been reported that the protective function of the indigenous bacterial flora, including L. buccalis, can be disrupted by broad-spectrum antibiotic therapy. This can result in proliferation; L. buccalis may invade the tissues and invade the bloodstream, especially if the patient is already immunocompromised 5.