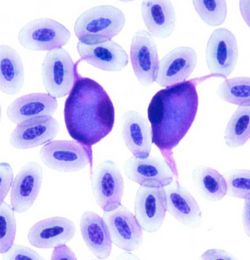 Gametocytes of Leucocytozoon in bird blood. Image from OSU College of Veterinary Medicine.