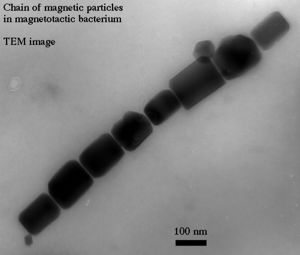 Magnetotactic bacteria are found in the sediments of many aquatic environments. In addition to their worldwide distribution, the diversity of morphological types suggests that magnetotaxis is a feature of a number of bacterial species.