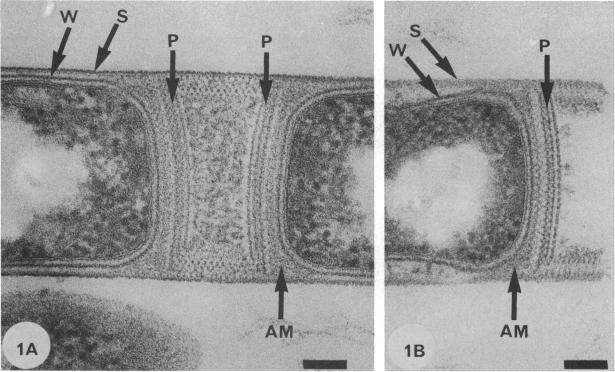 Methanospirillum hungatei was first found in sewage sludge and was named in honor of R.E. Hungate. This genus and species name was first proposed in 1974 by Ferry et. al. The cultures are usually yellow in color, circular in shape, and convex with lobate margins (Ferry et. al. 1974). The cells are spiral shaped (curved rods) and range from 0.5-7.4 microns in diameter and 15 to several hundred microns long and have tufts of polar flagella that provide a small amount of motility (Ferry et. al. 1974).

This microorganism is very important to the waste treatment and bioenergy industries because it can break down organic wastes and produces methane in the process.

Methanospirillum hungatei has circular chromosomes of length 3544738; it has 3139 gene proteins and 66 RNA genes (Kanehisa Labs). The guanine and cytosine content is 45% for this organism (Ferry et. al. 1974).

Methanospirillum hungatei has very interesting structure. For instance, it is mostly gram negative, but the multicellular filaments at the ends test as gram positive (Beveridge et. al. 1991). It grows in groups consisting of chains of cells about 9-12 cells long, which are encased in a paracrystalline sheath (Beveridge et. al. 1991). It is thought that this proteinaceous sheath acts as a kind of pressure regulator; the sheath is able to expand as the internal pressure of the cell increases due to the production of methane, which increases the permeability of the sheath to allow methane to diffuse out and hydrogen and carbon dioxide to diffuse in; the study found a possible maximum internal pressure of 300-400 atm (Xu et. al. 1996). It does not form spores (Ferry et. al. 1974). The sheath circles the cell in hoop-like structures that also contain plugs on the surface, which have holes that are 3-6 times larger than the pores on the rest of the sheath, presumably to allow larger particles through (Xu et. al. 1996).

This microorganism is considered a "fastidious anaerobe," meaning it is very sensitive to oxygen (Ferry et. al. 1974). It is also a methanogen and a hydrogenotroph and grows best in an atmosphere with a mixture of hydrogen and carbon dioxide, with 80% H2 and 20% CO2 being the optimum conditions (Ferry et. al. 1974). It can use formate or acetate as a carbon source and has been shown to demonstrate a chemotactic response to the presence of acetate (Migas et. al. 1989). According to a study that used magnetic resonance of 13C to tag carbon dioxide and acetate, the acetate and carbon dioxide are used to form pyruvate, which then goes through the glucogenic pathway to form carbohydrates (Ekiel et. al. 1983). They found that 99% of the carbon in the methane produced comes from carbon dioxide (Ekiel et. al. 1983).

Methanospirillum hungatei, as well as many other methanogens, are often used to anaerobically treat organic wastes, such as municipal wastewater or industrial waste, and can sometimes be good at degrading particularly complex wastes (Qui et. al. 2004). The degradation of some wastes, such as phtalate isomer-containing wastewaters, is accomplished by syntrophic cooperation between several different kinds of microorganisms, for instance microorganisms that produce hydrogen or formate coupled with Methanospirillum hungatei, which consumes hydrogen and formate (Qui et. al. 2004). Treating waste anaerobically can sometimes be more cost efficient than aerobically because there is no need for aeration, which can use a lot of energy and therefore cost a lot of money.

Methane is a greenhouse gas, but can often be captured from constructed waste treatment systems and used as a fuel in place of natural gas, which is a fossil fuel.

No pathogenesis is known.

4: Kanehisa Laboratories in the Bioinformatics Center of Kyoto University and the Human Genome Center of the University of Tokyo. “Methanospirillum hungatei.” Kyoto Encyclopedia of Genes and Genomes.