Key Microorganisms involved in the interaction of invasive plants and microbes include three main categories: parasites or pathogens, mutualists or symbionts, and saprotrophs or decomposers. 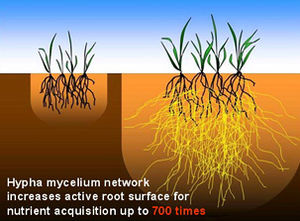 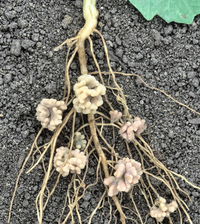 Interaction between microbes and invasive plants has been specifically studied only for just decades, although it has been long that plant invasion has drawn attention from ecologists[5]. Up to date, enormous literatures from the last decades show that invasive plants have a dramatic effect on microbial community in their newly established habitats and those microorganisms have a feedback effect on plant community[5]. However, some theories are better understood theoretically than others and only a few studies actually provide sufficient evidences for these well-understood mechanisms[2]. Especially plant-soil feedback has been treated as a black box, little is known about the role of particular microbes in functioning plant invasion due to methodological difficulties[1]. Furthermore, to better understand the whole system, interaction of different factors should be examined[2]. What is more, additional studies involving more invasive plant species in more systems should be studied in a biogeographical context[9], since there is not necessarily a consistency among different systems or different species. Here are some specific examples of recent research. 1) Batten found that two invasive plant change microbial community composition in the rhizosphere by the method PLFA (phospholipid fatty acid analysis) using corresponding analysis. The longer invaded the dissimilarity it is from the original soil. [12] 2)