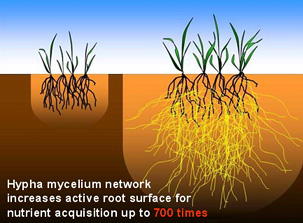 
Batten found that two invasive plant change microbial community composition in the rhizosphere by the method PLFA (phospholipid fatty acid analysis) using corresponding analysis. The longer invaded the dissimilarity it is from the original soil. [11]