Evolution of Mitochondrial DNA
In 1966, Lynn Margulis wrote a paper entitled “On the Origin of Mitosing Cells”. In her paper, Margulis came up with an influential theory that has been shaping modern science ever since. Although it was hard for her to publish it in magazines, she was determined that the similarity between mitochondria and bacteria was far more meaningful than sheer coincidence. That theory is now famously known as the Endosymbiosis theory. Endosymbiosis explains the origin of eukaryotes. It is suggested that the first step in the origin of eukaryotes from prokaryotes was related to survival in the new oxygen-containing atmosphere: an aerobic prokaryotic microbe (i.e. the protomitochondrion) was ingested into the cytoplasm of a heterotrophic anaerobe. This endosymbiosis became obligate and resulted in the evolution of the first aerobic amitotic amoeboid organisms. By hypothesis, some of these amoeboids ingested certain motile prokaryotes. Eventually these, too, became symbiotic in their hosts. The association of the motile prokaryote with the amoeboid formed primitive amoeboflagellates. In these heterotrophic amoeboflagellates classical mitosis evolved. The evolution of mitosis, insuring an even distribution of large amounts of nucleic acid (i.e. host chromosomes containing host genes) at each cell division, must have taken millions of years. It most likely occurred after the transition to the oxidizing atmosphere, since all eukaryotic organisms contain mitochondria and are fundamentally aerobic. [1]


Compose a title for your page.
Type your exact title in the Search window, then press Go. The MicrobeWiki will invite you to create a new page with this title. 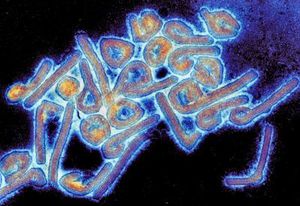