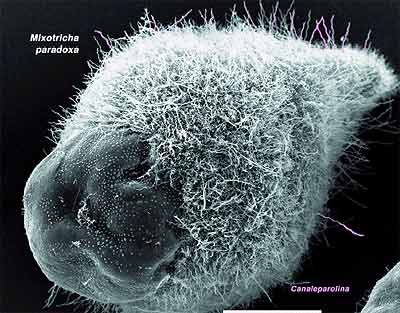 Mixotricha are contained within the phylum Parabasalidea. Unlike Trichomonas, however, Mixotricha are not pathogenic in humans. They instead are found in the gut of the Austrailian termite Mastotermes darwiniensis. Because of their morphological characteristics, Mixotricha are considered important in the history of nucleated cells.

According to Margulis and Sagan (2001), Mixotricha have five genomes because they form symbiotic relationships with so many other organisms. They consider Mixotricha paradoxa the poster organism for symbiogenesis. Hosting four types of bacteria, Mixotricha is a composite of five organisms with five different genomes, which is why Hunt et. al. (2001, 2002) insist that this organism has five genomes. 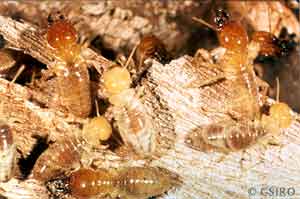 Mixotricha has a tear-shaped cell body. There are four anterior flagella. One of the four is recurrent and not adherent to the body. The flagella are weak and serve more for steering purposes than actual movement. Mixotricha also uses cilia for locomotion. These cilia are actually spirochetes (a type of spiral bacteria) attached to the cell surface. In addition, there is an ordered pattern of rod shaped bacteria on the cell body. Mixotricha lack mitochondira, but have bacterial endosymbionts to fulfill the role. There are a total of four types of bacteria that are a part of the Mixotricha body.

Mixotricha are heterotrophs. They are wood-digesting protists, living inside the gut of Mastotermes darwiniensis and helping it process the wood it ingests. 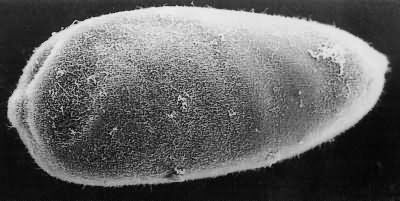