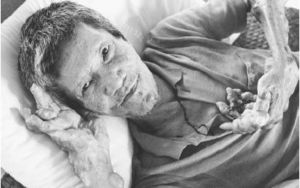 Describe the size and content of the genome. How many chromosomes and plasmids? Circular or linear? Other interesting features? What is known about its sequence?

Provide a physical and biochemical description of the organism. What kind of organism is it, what does it look like, how is it built, what are its metabolic properties, how can it be identified, what is it's life cycle, &c. In other words, describe the organism from its perspective.