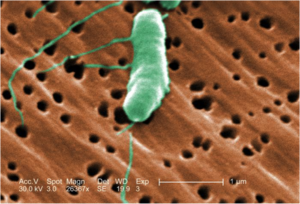 Overall paper length should be 3,000 words, with at least 3 figures with data.