Difference between revisions of "Orthoreovirus" 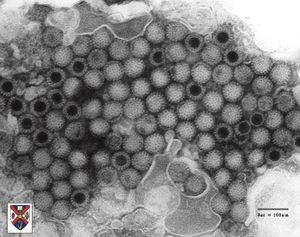 The replication of orthoreovirus takes place in the cytoplasm. The virus enters the cell either by receptor mediated endocytosis or as a result of digestion with chymotrypsin in the intestine. Intermediate subviral particles may pass into the cytoplasm by the endosmal pathway or directly.