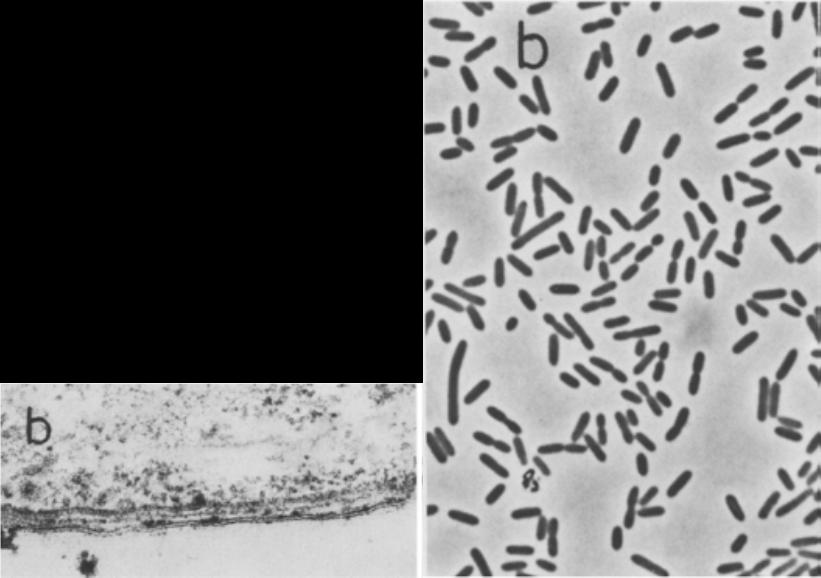 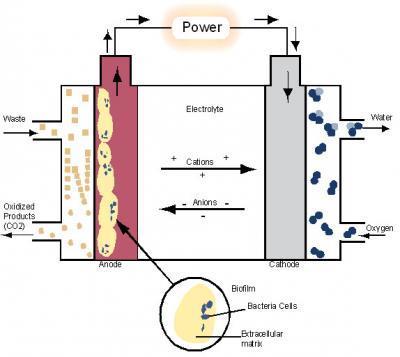 FIGURE 2. As provided by an article in Science Daily, is a detailed diagram of a Microbial Fuel Cell and how it generates energy by producing an electrical current with the help of bacterial organisms. (Fuel Cell That uses Bacteria To Generate Electricity, 2008)

P. propionicus is a strictly anaerobic chemoorganotroph. It is a mesophilic gram-negative, non-sporeforming bacterium. This organism is non-motile with rod shaped cells and rounded ends. It colonizes alone, in pairs or in chains. As a mesophilic organism its temperature ranges from 4°C -45°C and has an optimum temperature of 33°C. Its pH range is 6.5-8.4 yet is optimum from 7.0-8.0. P. propionicus was originally isolated from anoxic muds of fresh water origin and/ or anaerobic sewage sludge digesters. (Schink B. , 1984)

The importance of P. propionicus exists in its potential for microbial fuel cells (MFCs) and its ability to form fuel sources such as ethanol and hydrogen provide the potential for advancements in alternative energy technologies. MFCs are defined as a “system that generate electrical current through the microbial oxidation of fuels and associated reduction of an anode electrode.” (Kiely, Rader, Regan, & Logan, 2010) Figure 2 shows a detailed diagram of the interworking of a MFC as provided from Science News. (Fuell Cell That uses Bacteria To Generate Electricity, 2008) P. propionicus’s ability to produce ethanol was seen in strain Ott Bd 1 and with further modifications, this microorganism could create a potential to decrease dependence on fossil fuels. Strain Ott Bd 1 was of primary significance in examining P. propionicus.

In a current dark fermentation process, the feed stocks of cellulose and other sugars typically used are incompletely oxidized. This is related to the fact that actual hydrogen yields of 17-23% are lower than theoretical yields of 33% resulting in the excess of ‘fermentative byproducts.’ These byproducts include a number of alcohols, solvents, and volatile fatty acids. (Kiely, Rader, Regan, & Logan, 2010) The strain of P. propionicus, Ott Bd 1, has the ability to ferments similar such substances as acetoin, ethanol, lactate, butanediol, acetic acid, and pyruvate. (Schink B. , 1984) The foundation of P. propionicus’s use in MFCs is to create supplemental energy sources to the dark fermentation process by converting its byproducts into electrical current sources. (Kiely, Rader, Regan, & Logan, 2010) The ability of this organism to optimize the oxidation of the dark fermentation process by making further energy sources out of previously considered waste products creates more energy out of an energy technology that is already in commercialization. It truly is a quick way to make more out of something we already have.

Aside from the ability to create energy sources in MFC’s, P. propionicus has the capacity to produce to more direct forms of energy with ethanol and Hydrogen production. Strain Ott Bd 1 of a freshwater medium is shown to ferment butanediol, acetoin, lactate, ethanol and pyruvate to acetate and propionate. (Schink B. , 1984) As taught by Dr. Edward D Walker, professor of microbial ecology at MSU, the majority of fermentations produce hydrogen gas in the form of H2 to balance redox; the fermentation of pyruvate to acetate is a primary example where Hydrogen is produced to maintain redox balance. (Microbial Ecology, 2011) See “Cell Structure, Metabolism and life Cycle” for more details on the production of hydrogen. Ethanol production was shown when strain Ott Bd 1 ferments butanediol to ethanol. The results of this study proved that culture of ethanol off of butanediol fermentation was insignificant. (Schink B. , 1984) Even with insignificant growth of ethanol, P. propionicus still showed the ability to produce ethanol; there are numerous scenarios and variables that play into culture growth and with more exploration of those variables it is possible that ethanol growth could be improved.

Ethanol and Hydrogen are too fuel sources that are currently being explored and innovated into production due to new legislation to reduce fossil fuels and create an increase in energy production from renewable fuel by 2015. (Enrolled Senate Bill 213, 2007-2008) Hydrogen is a very clean burning and renewable fuel only producing H2O as a byproduct of combustion. If butanediol can be found in abundance or produced in a renewable system the production of ethanol from P. propionicus can be a very viable option to the fore mentioned legislation.

P. propionicus has one circular DNA chromosome of 4,008,000 bp and two separate circular DNA plasmids structures, pPRO1 and pPRO2, which have 202,397 and 30,722 base pairs, respectively. The chromosomal DNA consists of 59% GC content and in whole contains 3,685 genes coding for 3,576 proteins, 67 structural RNAs, 42 pseudo genes, and 6 unresolved genes. The plasmids pPRO1 and pPRO2 consist of 48% and 56% GC content and 195 and 33 genes, respectively. Overall, the chromosome and both plasmids have >85% coding (NCBI Genome Project).

Both plasmids and the chromosomal DNA were sequenced as part of the JGI initiative conducted through the expertise of the Derek Lovely lab group at the University of Massachusetts. Although the sequence data is unpublished, sequences of six genes: 16S rRNA, nifD, recA, gyrB, rpoB and fusA, have been published and compared with closely related organisms and other organisms found in similar habitats for phylogenetic determination (Holmes, Nevin, & Lovley, 2004). These and other experiments have determined that the true placement of P. propionicus into a previously established genus is difficult. Phylogenetic analyses reveal that it belongs in the Geobacter genus, but physiological tests suggest that it remain in the Pelobacter genus. Future research may place P. propionicus into a new genus. Describe the size and content of the genome. 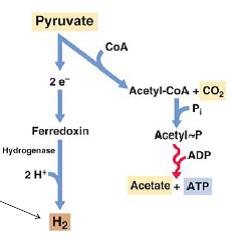 FIGURE 3. The Image above shows the fermentation reaction of Pyruvate to Acetate. Pelobacter Propionicus ferments pyruvate to acetate to generate ATP as an energy source although CO2 and H2 are given off as byproducts. (Microbial Ecology, 2011)

P. Propionicus is more specifically described as a “short” rod cell and ranges in size cell size from 0.5-0.7 x 1.2-6.0 µm. Figure 1 shows under microscopy a cluster of P. propionicus cells on the right and an increased magnification of its cell wall on the left. It is a gram-negative bacterium so in gram staining the cells of P. propionicus does not retain crystal violet dye. Bicarbonate and reductant in mineral media with acetoin and or butanediol as a primary substrate is required to culture P. propionicus. The culture methods for growth as discussed by Schink are, “carbonate-buffered sulfide-reduced mineral salts.” (Schink, Kremer, & Hansen, 1987) P. propionicus as mentioned afore is considered a chemoorganotroph. It gains energy with its ability to survive as an elemental or Fe(III) reducer along with growing fermentatively as an oxidizing acetogen. Organisms such as P. propionicus are considered responsible for oxidizing the majority of organic matter in organic sediments due to the fact that they can completely oxidize organic acids with a sole electron acceptor of Fe(III). (Sun et al. 2010) This organism ferments organic acids such as butanediol, ethanol, lactate pyruvate and butanediol to acetate and propionate. (Schink B. , 1984) Examining the specific example of P. propionicus, fermenting pyruvate to acetate, shows that the organism creates ATP for an energy source and acetate, CO2 and H2 as biproducts. (Microbial Ecology, 2011) Figure 3 shows the production of H2 via a Fe related electron acceptor of ferredoxin when P. propionicus ferments pyruvate to acetate.

P. propionicus plays an integral role in the snytrophic relationships occurring in anoxic freshwater and sewage habitats. These bacteria were found to ferment butanediol, acetoin, ethanol, lactate, and pyruvate; therefore they must live in environments where these nutrients are in abundance. (Schink 1984; Schink et al. 1987) All of the compounds P. propionicus is able to ferment are either byproducts of other organisms’ metabolism or can be produced through physical processes. (Sun et al. 2010) Conversely, other organisms thrive off the fermentative byproducts of “P. propionicus”, propionate and acetate; oftentimes they are closely related species in the Geobacter genus (Sun et al. 2010). One important ecological concept to consider in snytrophic relationships of this nature is that the concentrations of each compound fermented or excreted by snytrophic organisms must be kept at suitable concentration levels in the environment. This is required for positive communal growth since too high of nutrient concentrations could be toxic to some organisms (as with ethanol, for example), while too low of nutrient concentrations would result in lower productivity. This delicate balance is maintained and achieved through each microorganism filling its particular niche in the system. Thus, “P. propionicus” maintains an essential link in the snytrophic feeding structure of freshwater habitats. Further, it plays an important role in the biogeochemical cycling of N and C in freshwater ecosystems. No pathogenic associations have been documented in P. propionicus.