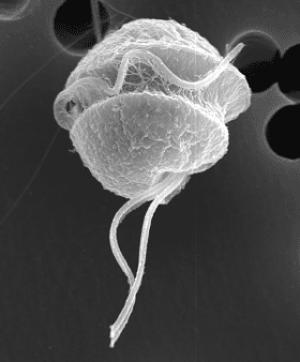 Pfiesteria is contained within the phylum [../dinoflagellata/dinoflagellata.html Dinoflagellata]. It is a recently-discovered class, not identified until 1988, by Dr. JoAnn Burkholder. It was discovered at North Carolina State University. However, the species Pfiesteria shumwayae, also discovered by Burkholder, was not detected until 1995. This species was not confirmed until 2000. P. shumwayae seems to prefer water with high levels of nirogen, while P. piscicida apparently prefers a high-phosphorous environment. As a result of all the attention being paid to Pfiesteria, several similar organisms have been discovered. They are called Pfiesteria Complex Organisms. At present time, researchers are still unsure about the impact these organisms have on humans. Although there has been a great deal of research performed on Pfiesteria, concrete conclusions are not yet available regarding most every aspect of these organisms. Pfiesteria remains highly controversial.

Morphologically, Pfiesteria have a great deal in common with most other forms of [../dinoflagellata/dinoflagellata.html Dinoflagellata]. For example, a flagellum winds around the center of the organism. 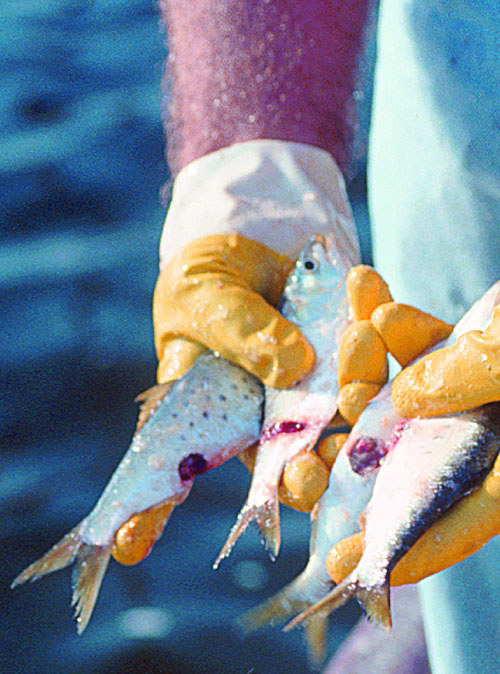 Pfiesteria are heterotrophic organisms. They feed on bacteria and algae. They also feed off the skin of fish, which they break down with the toxins they emit. In addition, Pfiesteria piscicida can also function as a photosynthetic autotroph.