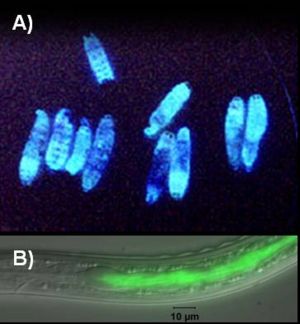 Photorhabdus luminescens also known as Xenorhabdus luminescens is a bioluminescent microbe (Figure 1). The role of bioluminescence in Photorhabdus luminescens is not well known.It might be used to warn other insects or mammals or to work as lure to attract insects for nematodes in which they live. The most important function of this microbe is the symbiotic relationship with soil entomopathogenic nematodes(family: Heterorhabditidae).They are also pathogenic to a wide range of insects (Figure 2).When the nematode infects an insect, P. luminescens is released into the blood stream of the insect and kills it by producing toxins. It also secretes enzymes that are responsible to break down the body of the infected insect and convert it into nutrients.These nutrients are later utilized by both nematode and bacteria. In this way, both organisms gain enough nutrients for further reproduction & replication. P. luminescens is the only organism found so far which exhibit dual phenotype (symbiotic within one insect, and pathogenic with another) (Figure 3).P. luminescens produces antibiotics and toxins to prevent invasion of the insect by bacterial or fungal competitors and it becomes visibly even in notocurnal environment due to the bioluminescence. There have been number of reported cases of human infection by Photorhabdus luminescens too. 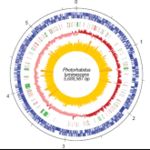 Photorhabdus luminescens genome sequence comprises of around 5,000 K base pairs and contains 5000 protein-coding genes (Duchaud et al.(2003)(Figure 4). The encoded genes consist of large arrays of adhesins, toxins, hemolysins, proteases and lipases. These proteins play vital role in killing competitors, host colonization, invasion and bioconversion of the insect cadaver.Thereby making this bacteria a very good model for the study of symbiosis and pathogensis.Genes that account for symbiotic relationships are also encoded on geneome sequences.Since the genome of P.luminescens is already sequenced (Duchaud et al. 2003)the next challenge is to identify genes involved in symbiosis which in future could be used to increase the production of the worms for controlling insects on plant. In on of the prototype experiments, Photorhabdus luminescens reduced Colorado potato beetles and sweet potato whitefly by 100 percent in lab conditions (Blackburn et al.(2005)). The potato beetle is notorious for developing resistance to insecticides, so scientists are seeking non-chemical controls as possible natural insecticides. 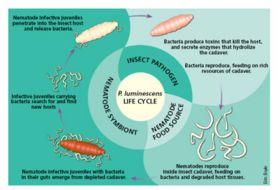 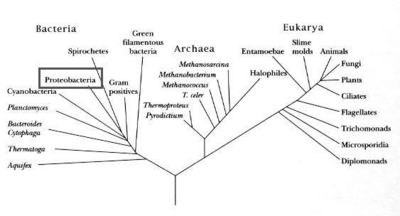 Figure 5: Caterpillar on the left is infected with Photorhabdus luminescens bacteria and dies due to loss of body turgor within 24 hours.(Courtesy R. ffrench-Constant & copyright (2002) National Academy of Sciences, U.S.A.)