Difference between revisions of "Planctomyces"

A Microbial Biorealm page on the genus Planctomyces 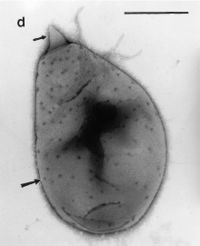 Planctomyces is a marine bacterium that can be found in various habitats around the world. Planctomycetes in general are intriguing because they are the only free living bacteria known to lack peptidoglycan in their cell walls. In many cases their DNA is surrounded by a membrane similar to a eukaryotic "nuclear membrane," but evolved independently. 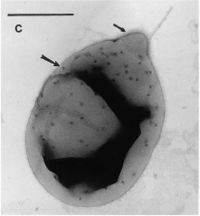 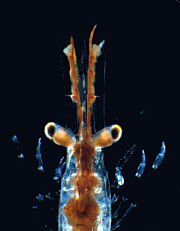