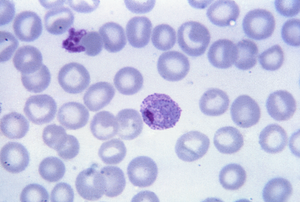 P. vivax has great significance due to the formation of hypnozoites within the liver of infected human hosts. This hypnozoite stage leads to a "hibernation" where P. vivax remains dormant until unknown (but linked to mosquito vector bites[b]) factors trigger growth. This activation leads to relapses of symptoms weeks, months, or years later remaining infectious throughout [1]. This continual infectious period makes treatment, eradication, and control of the parasite difficult.[1]