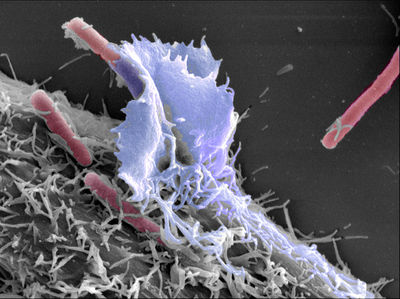 Shigella bacteria, in red, shown on the surface of an He-La cell. From: http://www.cimst.ethz.ch/ [1]