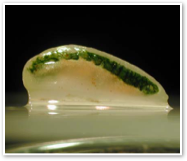 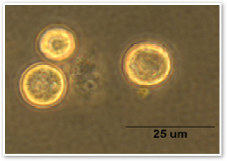 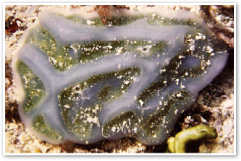 Searching for a nonribosomal peptide synthetase (NRPS) adenylation domain yielded a single gene, prnA. Further analysi revealed that this was the wrong domain architecture for patellamide biosynthesis. This pointed to ribosomal synthesis of patellamides. A TBLASTN search lead to patE, the gene for the patellamide precursor peptide. Surrounding patE were other genes necessary for patellamide biosynthesis, ranging form patA tot patG. patA codes for a protease, patD a adenylating enzyme-hydrolase hybrid, and patG a oxidoreductase-protease hybrid. The functions of patB, patC, and patF are still unknown.