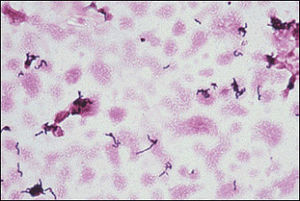 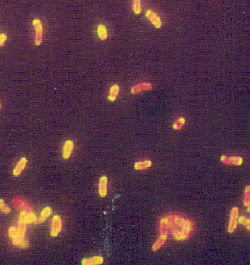 Propionibacteria have been known to cause, although rarely, brain abscesses, subdural empyema, dental infections, endocarditis, continuous ambulatory peritoneal dialysis, conjunctivitis associated with contact lenses, and peritonitits (list from eMedicine). P. acnes is also associated with several types of infections and health problems such as anaerobic arthritis associated with prosthetic joints, cases of osteomyelitits (rarely), rheumatoid arthritis or chronic juvenile arthritis (rarely), certain spondyloarthropathies associated with florid acne vulgaris (isolated from bone foci and joints), and has been isolated as a cause of endocarditis (rarely) and reported as a cause of infectious keratitis when the cornea is compromised that can lead to vision loss. Some of the infections with which P. acnes is associated, like rheumatoid arthritis, seems to be due to bacterial inoculation from some type of injection. 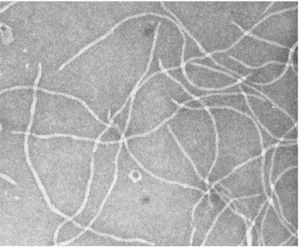