A Microbial Biorealm page on the genus Psychrobacter 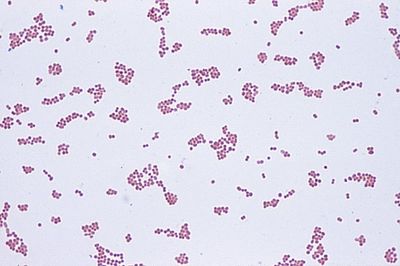 Psychrobacter is a genus within the gamma-proteobacteria. These bacteria live in extremely cold habitats, such as Antarctic ice, soil, and sediments, as well as in deep sea environments. One species, Psychrobacter cryohalolentis, has been isolated from samples of Siberian permafrost, where temperatures are typically 9º-11º C. Researchers have been able to use these strains to learn more about the evolution and response of bacteria when exposed to extremely low temperatures. Psychrobacter have also been found in various food sources, including poultry, fish, and meat products. While little is known about species of Psychrobacter in humans, Psychrobacter immobilus has been isolated from sources such as the eye, brain tissue, urethra, cerebral spinal fluid, and blood, leading some scientists to suspect that these bacteria may be the cause of opportunistic infections in some patients. The clinical manifestation of this species is virtually unknown, although it has been isolated in patients with menigitis and other infections.

The genome of Psychrobacter arcticum has been completely sequenced, containing 2,147 genes and approximately 2.64 Mb in size. Studying this organism's genome sequence will enable scientists to pinpoint certain genes and molecules which enable Psychrobacter articum and similar bacteria to survive in the permafrost environment. Comparisons with the sequences of non-permafrost-inhabiting Psychrobacter species allow researchers to distinguish those genes which aid in cryo-adaption. Using genes from the genomic sequencing project, researchers at Michigan State University are also developing methods of testing the results of stress on Psychrobacter induced by temperature and water activity changes. 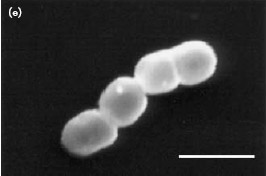 Psychrobacter cells are nonmotile, Gram-negative coccobacilli which are often found as diploforms, measuring 0.4-1.8 by 0.4-0.8 microns in size. The organisms are oxidase-positive, with a strictly oxidative metabolism and demonstrate a moderate halotolerance. A better understanding of Psychrobacter's metabolic system may aid in research on potential extraterrestrial cryo-dwelling organisms. 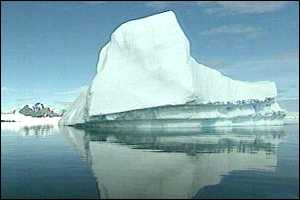 Species of Psychrobacter are found in the freezing waters and icebergs of Antarctica. Image from BBC News.

Psychrobacter 's habitats range from glacier mud in Antarctica to human tissues, making them interesting organisms for the medical profession as well as microbiological and environmental research. Their ability to live in extremely cold climates make them prime subjects for research regarding the genetic tendencies of extraterrestrial bacteria, which may live in similar environments. Further studies on Psychrobacter's metabolic pathways may provide better insight into the evolution of microbes as well.