Difference between revisions of "Psychrobacter luti" 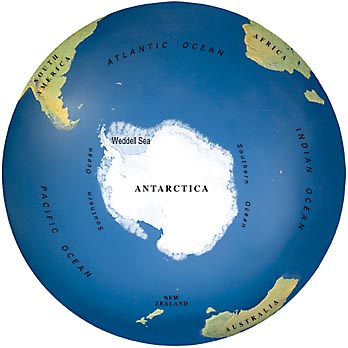 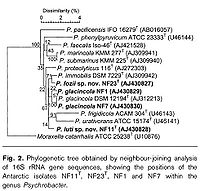 Within the muddy soil of the inlet Admiralty Bay on King George Island, South Shetland Islands, Antarctica the species Psychrobacter luti was found and isolated. (1) This non-motile, halotolerant, psychrotolerant bacteria is apart of a unique ecological ecosystem in which studies focusing on singling out which metabolic pathways microbes go through, and understanding the evolution of microbes in many lakes. At one point or another, most of the lakes of the Earth were covered by glaciers. In many cases, the glaciers would keep the lakes sealed from the atmosphere and other environmental influences. Interestingly, Antarctica holds some key lakes in which are still ice sealed. (3) Through studying these lakes and their microbes, we can better understand the evolution of microbe metabolism over time. (5)

Psychrobacter luti strain LMG 21276 DNA gyrase subunit B(gyrB)gene, partial cds. 2238 bp of DNA in a linear structure isolated from Siberian permafrost. The protein DNA gyrase subunit B's gene was sequenced and analyzed also and revealed different gene regions within its sequence which coded for other functions. Such regions as a histidine kinase site and a topoisomerase-primase (TOPRIM) nucleotidyl transferase/hydrolase domain which removes both positive and negative supercoils of DNA. Also, Psychrobacter luti strain NF11 16S ribosomal RNA was partially sequenced. It revealed 1491 bp of rRNA in a linear structure from the study done by Bozal et al. 2008. It has recently been found that the genome of Psychrobacter luti is 95% similar to other microbes found in sea sponges of Southern China, which only function in the colder times of the year. Also, the other microbes which were also compared to the genome of the sea sponge microbes were just as similar such as microbes apart of the genus Sporosarcina, the genus Shewanella, and even the genus Bacillus. This forms the conclusion that the genome of Psychrobacter luti is the same structure as the genome of microbes surviving optimally in colder temperatures. (7) 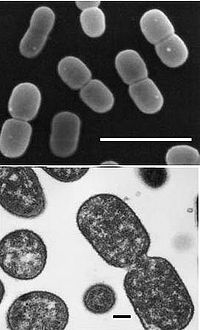 Through the studies of Bozal et al., much of the understanding of the structure, metabolism, and life cycle of Psychrobacter luti is understood. The microbe is psychrotolerant and halotolerant. It can tolerate NaCl levels of 9.5-12.5%. Since it thrives in the Antarctic mud and waters, it has to remain viable in some of the coldest and saltiest waters of the Earth. The bacteria is also known to be a Gram-negative organism which does not portray bioluminescence or diffusible pigments. The growth of Psychrobacter luti is well understood. A pH range of 6-9.5, temperature range of 4-30 degrees C, can grow without presence of NaCl, and grows optimally in the presence of such nutrients as L-histidine, L-proline, L-hydroxyproline, L-malic acid, sodium succinate, L-arginine, L-glutamine, Tween 80, DL-phenylalanine, putrescine, sodium acetate, L-ornithine, sodium citrate, 1-butanol and L-asparagine. It also responds to certain biochemicals as phenylalanine deaminase, alkaline phosphatase, esterase (C4), esterase lipase (C8), lipase (C14), leucine arylamidase and lecithinase. It is sensitive to penicillin. Psychrobacter luti takes a strictly aerobic pathway in its metabolism. Oxidase and catalase were both found within the microbe. It can also reduce nitrate to nitrite through nitrate reduction. P. luti has been found to hydrolyze casein, a phosphoprotein that aids in clotting and accounts for 80% of proteins found in cow milk and cheese. (2) It also can hydrolyze Tween 80 (polysorbate 80), a nonionic surfactant and emulsifier derived from polyethoxylated sorbitan and oleic acid. The cells of P. luti are about 0.4–1.8 mm long and 0.4– 0.6 mm wide. They come in the shape of rods or coccobacilli that are non-motile. (1)

Psychrobacter luti thrives in the cold extremes of the biosphere. Cold (psychrotolerant) and salty (halotolerant) environments are its ecological niche with places such as Antarctic glacier mud serve as a prime environment for its livelihood. Many scientist infer that these subzero temperatures of Antarctica create environment where very little to no microbial activity is observed. This is not true when such microbes as Psychrobacter luti were discovered as being microbes that not only survive in these environments, but maintain a consisted, often growing microbial biomass. However, the environment Psychrobacter relatives are found in are not always extremes such as Antarctica. (1)

Psychrobacter luti is one of the prime reducers of nitrate to nitrite. Also, with the use of oxidase and catalase in its striclty aerobic metabolism, it provides oxygen, water, and hydrogen peroxide to other microbes. Since there are these microbial biomasses present in the glacier mud of Antarctica, the biomass often prevents freezing at all depths of the mud, just as the lakes of Antarctica, but also a cohesive attribute which can hold glacier mud bound.

Even though many of these microbes tend to form biomass, the amount of nutrients is often scarce in an extreme environment. However, they can feed off of each other's metabolic products and do not have to worry about predation from higher organisms.

One attribute of these cold environments is the lack of pathogens. Because of this scarcity in pathogens, the pathogenesis of Psychrobacter luti is not applicable. (1)