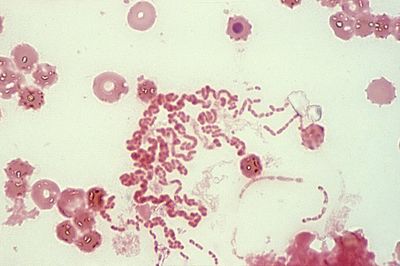 The alpha-proteobacteria genus Rhodobacter includes species which possess an extensive range of metabolic capabilities. Rhodobacter sphaeroides is the most-studied photosynthetic organism in terms of the structural and functional light reactions, and the metabolisms of each species generate great interest within the research community, especially in regards to renewable energy sources. Rhodobacter are found in freshwater or marine environments.

Rhodobacter sphaeroides has generated much interest in the scientific community because of its unique genetic complexities. Evolution requires the adjustment and development of some organisms' DNA in order to adapt to changing environments, but sometimes the changes to the genetic material can pose dire consequences for the organism. Some researchers hypothesize that these problems are avoidable by the presence of genetic "safe zones", which allow DNA to change without affecting the organism itself. Rhodobacter sphaeroides may provide insight for scientists because it possesses two chromosomes: one large and one smaller, circular one. This smaller chromosome has a much lower information content density than the larger, and may serve as a reservoir of sorts, allowing the bacteria's DNA to perform the necessary transformations.

Species of Rhodobacter have a wide range of metabolic capabilties. The most studied, Rhodobacter sphaeroides, possesses metabolic methods which include photosynthesis, lithotrophy, and aerobic and anaerobic respiration. It can also fix nitrogen and synthesize tetrapyrroles, chlorophylls, heme, and vitamin B12. This species is also the first free-living bacteria to be known to utilize the regulatory methods associated with quorum-sensing. Bacteria with quorum-sensing systems possess certain signaling compounds which allow the organism to communicate and coordinate with similar bacteria. Rhodobacters possess one flagellum located on the side of the cell body. This flagella rotates rapidly clockwise, causing propulsion of the cell, and reorients when it stops and coils up. To see Rhodobacter sphaeroides in motion, visit the Rowland Institute at Harvard site.

Rhodobacter's various methods of respiration and metabolism allow it to survive in a number of varied habitats; differing from other nonsulfur purple bacteria in that they can grow in both the light and the dark. These organisms appear to be numerous in all types of aquatic environments.