Difference between revisions of "Rickettsia felis"

A Microbial Biorealm page on the genus Rickettsia felis

Rickettsia felis is an obligate intracellular parasite that was first isolated from cat fleas. It is a gram-negative bacteria that was that differs from Rickettsia typhi by only 32 nucleotide differences [3]. The first human infection with Rickettsia felis was in 1994 from a cat flea and showed signs that was similar to the symptoms of murine typhus [10]. So it was identified in patients clinically diagnosed with murine typhus [4] and was originally thought to be a member of the typhus group of rickettsiae, but upon sequencing was found to be closer to the spotted fever group of rickettsiae[5]. 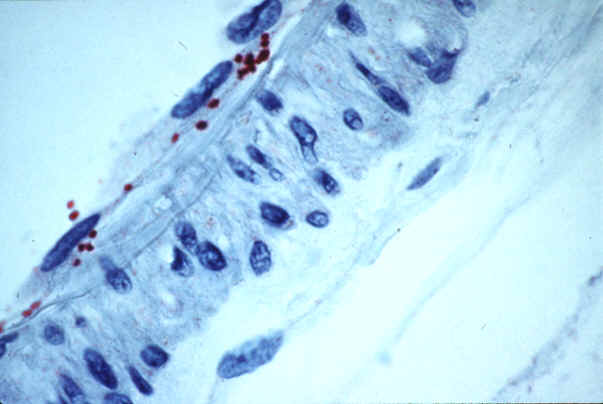 R. felis has multiple genes encoding toxin-antitoxin systems that are rare in obligate intracellular bacteria. These systems may help ensure propagation of bacteria in a eukaryotic host [2]. R. felis also has genes whose analogs in other bacteria encode conjugative pili proteins, suggesting that some of the R. felis genome may have been acquired by lateral transmission[5]. It appears that R. felis is the first obligate intracellular parasite to have a conjugative plasmid [2]. It also has genes homologous to genes encoding streptomycin and penicillin resistance [2].

R. felis has 333 DNA sequences that are repeated in the genome, which account for about 4.3% of the sequence[2]. The major source of that which is being repeated is the proliferation of transposase gene[2]. R. felis chromosomes manifests the RF0786 DNA primase gene that is quite similar to TraC that is found within E. coli IncP plasmid[2]. 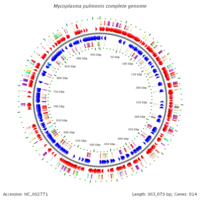 R. felis has two types of pili on its cell surface. The first is used to establish contact between two bacterial cells and are most likely specialized for conjugation [6]. The other type are short, hair-like projections that are most likely involved in attachment to other cells and may be involved in the virulence of R. felis[6].

R. felis is maintained transovarially in fleas and as such is transferred from parent to offspring in the flea eggs. It appears to have no detrimental effect on the flea life cycle. It infects humans bitten by infected fleas and the organism is deposited near the bite site in flea feces [8]. Infections are rare but appear in areas prone to flea infestations such as certain parts of Texas and Los Angeles and Orange County in California. R. felis infections have also appeared in France, Germany, Brazil and the first Asian case was documented in Thailand. Since fleas can bite multiple human hosts the infection can be readily spread in flea-infested areas [8].

This organism is an obligate intracellular parasite found in cat fleas, C. felis. It is maintained transovarially in fleas has no effect on the fleas it infects[8]. When a flea bites an animal or human, R. felis is deposited in the flea feces at the bite site [8]. R. felis infection causes a disease very similar to (and often mistaken for) murine typhus caused by its close relative R. typhi. The only way to differentiate between the two diseases is to use PCR to amplify a portion of a Rickettsia antigen gene [7]. The main symptom is fever of an unknown origin. Other symptoms include headache, rash, vomiting, and stupor [7].

No applications to biotechnology were found for this organism. 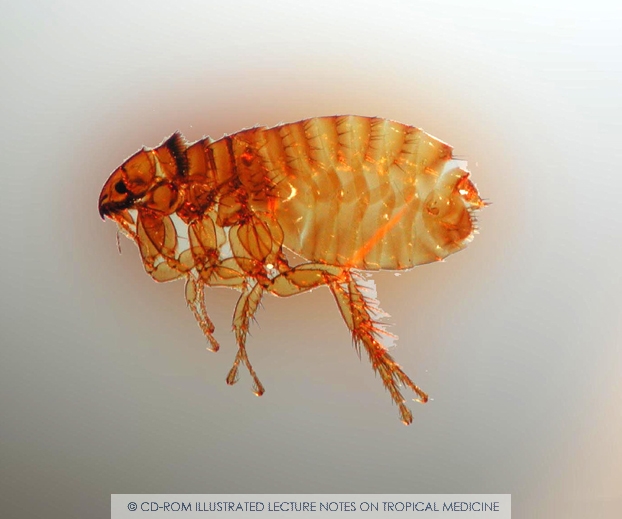 Didier Raoult et al. analyzed the proteome of R. felis and were able to identify the genes and the proteins that encoded for virulence factors, metabolic activities, and ribosomal proteins. They found that the proteome of R. felis to be typical of intracellular bacteria as the vast majority of its proteins are used in translation while relatively few are used in metabolic activities. They also identified two adhesins as virulence factors that R. felis utilizes in the initial steps of host-cell interaction[6].

Joseph Gillespie et al. used phylogeny estimation to determine the mode of inheritance of a conjugative plasmid among Rickettsia bacteria. The existence of the pRF genes on the plasmid indicated that Rickettsia felis doesn’t completely fall into the spotted fever group or the typhus group completely. Rather, the plasmid indicates that R. felis has undergone some horizontal gene transfer with ancient group rickettsiae and may indeed be basis for a fourth group of rickettsiae bacteria called the transitional group that have characteristics of both typhus group and spotted fever group rickettsiae. This plasmid may have been incorporated into the chromosomes of other rickettsial bacteria, explaining why R. felis is the only rickettsial bacteria with a sequenced genome to have a plasmid [5].

A research study conducted by Jennifer Hawley et al. sampled 92 pairs of cat blood and their corresponding flea extracts and used polymerase chain reaction (PCR) to amplify DNA from R. felis. Of the samples examined, 67.4% of the flea extracts and none of the cat blood samples were positive for R. felis DNA. This was the first study using PCR to examine the prevalence of R. felis in the United States in client-owned cats from Maryland, Alabama, and Texas. The high prevalence of R. felis has health implications as cats are becoming more popular pets and humans are susceptible to R. felis infection [9].

In August 2004, a 42 year old woman and her husband were hospitalized in Germany for a fever and a rash that had lasted between 2 and 4 days. Richter et al. did serologic testing for certain infections such as; cat-scratch fever, Lyme barreliosis, leptospirosis, and Q-fever, which all came back negative. They then preformed serum testing on both the man and the woman as well as their two dogs, serums samples were taken 4 times from both the man and the woman and once from each dog. They found that the woman showed R. felis antibodies titers in all of her serum samples. The man's identification of the serum was unable to be found but they know that it was a Rickettsia species. Antibodies found on both the woman and one of the dogs was specifically R. felis[11].

Edited by Kristen Whetsell, a student of Rachel Larsen and Kit Pogliano