Difference between revisions of "Role of microorganisms in Sewage Treatment" 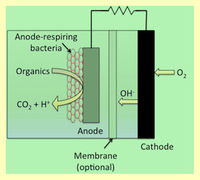